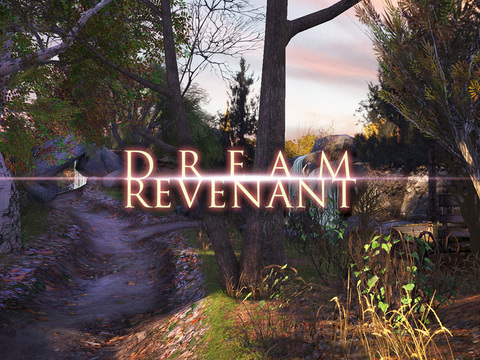 If you enjoy games with really unique settings, you may want to take a look at the adventure game Dream Revenant, developed by Speedbum Studios.

This game is actually the sequel of dream:scape, a really interesting game that unfortunately failed to live up to its potential due to a few strange design choices. Things should be quite different for Dream Revenant, as the team certainly realized what was wrong with the first game.

In Dream Revenant you will control Carso Hugs, a man on his deathbed, who finds himself exploring a mysterious land which is actually buried inside his subconscious. He isn’t in this land without reason, though, as he has to solve a big mystery.

Gameplay wise, Dream Revenant features an open world enviornment that can be freely explored. The world includes plenty of characters to interact with and more. The game also comes with voice acting so you should be happy if you like to hear voices when a character speaks in video games. If the game’s narrative is as interesting as it was in the disappointing dream:scape, gamers will be in for something really unique.

Dream Revenant is now available for download on the App Store for only $1.99. This is a limited time offer, though, as the game’s price will go up pretty soon.