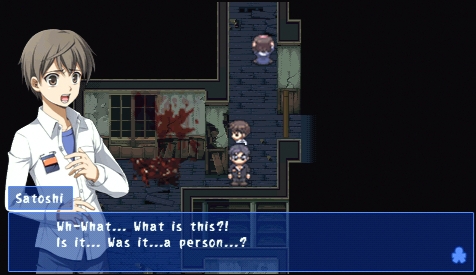 The Corpse Party series is finally ready to debut on the App Store with the first entry of the series, which will be released at midnight.

Corpse Party has been originally released on PSP a while back. The game is a really unique Japanese horror game starring some students as they try to solve a bloody mystery. The game’s story begins when one of the students manages to get his hands on a cursed charm, which transports the class inside a demolished school. In order to escape from the school, the class will have to solve the mystery behind the murder of four children which happened 30 years before the beginning of the game.

Corpse Party is a really nice horror game that manages to be scary despite its typical Japanese graphical style. The game has some short-comings, that’s for sure, but it has the potential of being a hit on the App Store.

The iOS version of Corpse Party will be identical to the PSP one with the exception of touch controls so you already know what to expect if you have played the original release.

Corpse Party will be released at midnight on the App Store in all regions. The game will be available for $22.99.