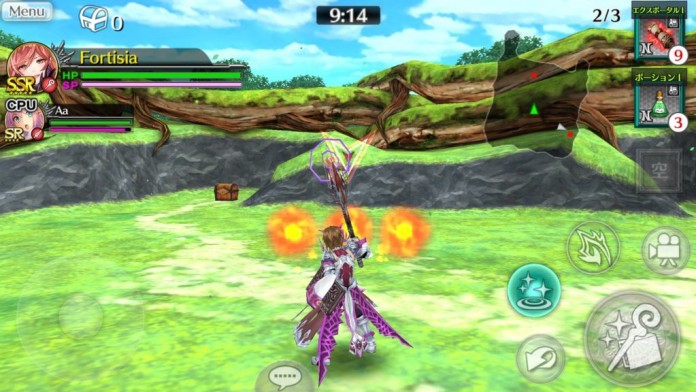 SEGA is a publisher that needs no introduction, as it has published some of the more popular games ever released like the Sonic the Hedgehog games, several arcade hits like Virtua Fighters and much more. The company has also published its good fair share of role playing games, like the Shining Force  and Valkyria Chronicles series, and now the company is ready to make a huge comeback in the world of action role playing games with Fortisia.

Fortisia, which is currently in development in collaboration with Line, will be an action role playing game where up to four players will be able to play together at the same time, use the unique weapons called Fortis, use Fortis Summons and destroy all enemies. The game will come with an anime inspired graphics style that will make fans of Japanese role playing games happy.

Fortisia has only been announced for Japan as of now, with pre-registration now open for iOS users. There are currently no news on a possible global release of Fortisia but more on the matter should emerge as we get closer to its Japanese release date.

Fortisia will be released this Winter in Japan on the App Store. You can learn more about the game by checking out the trailer right below.