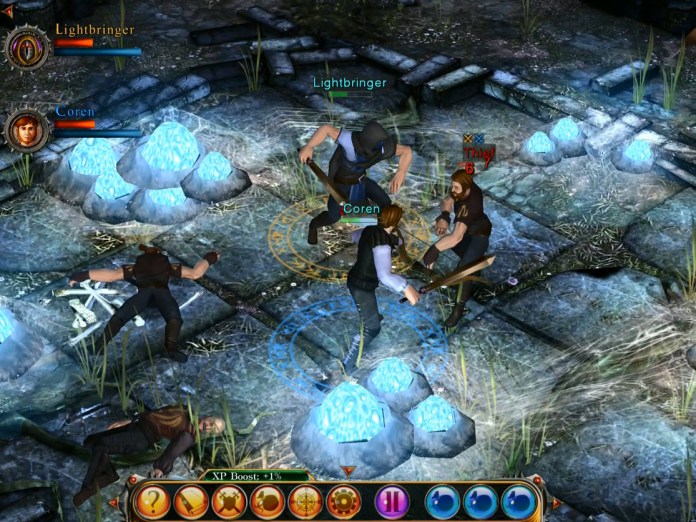 A new interesting action role playing game has been revealed today, a game where players will have to fight some sort of sentient energy form that will give them more than a few troubles.

Ember is currently being developed by N-Fusion Interactive, the team behind Deus Ex: The Fall. The team clearly knows what makes an action role playing game engaging: plenty of character customization options, skills, enemies, items and more. Ember is going to feature all of this and more, offering a ganeplay experience that’s almost on par with classic western role playing games.

Ember’s premise is also quite interesting. The game’s name refers to the main energy source of the planet, used for pretty much anything like powering cities, crafting and more. What makes this energy form different from many others is that Embers are actually intelligent beings that don’t want to be killed so that humans might prosper. For this reason, we should expect to fight plenty of these huge crystals during the game.

Among the many interesting gameplay features of Ember will be a dynamic world, a crafting system, a real time action battle system and a unique skill system where skills are tied to equipment.

Ember will be released on the App Store soon. The game is only going to be available on iPad but the team doesn’t rule out a possible iPhone release.