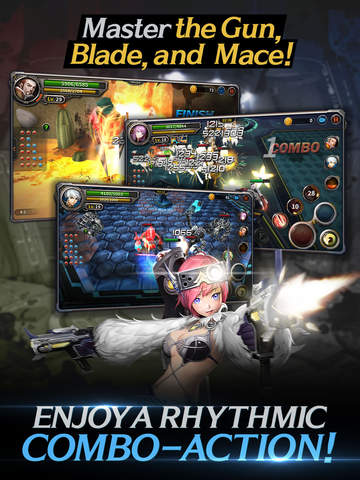 A new action role playing game developed by a successful Korean team has been released on the App Store a few hours ago, a game that fans of games sporting traditional features with a modern spin will surely enjoy.

The new game is called Blade Waltz and it’s been developed by Netmarble Games. In the game, players will be able to control three different characters with unique abilities as they fight their way through a variety of different locations as well as play with other players thanks to the PvP and Boss Raids modes. Players are able to customize their characters’ costumes in the game, creating unique looks based around themes such as fantasy, anime and more.

One of the more interesting gameplay features included in Blade Waltz is the tag team battle mode, which allows players to tag team among the three playable characters and switch their weapons during battle.

Blade Waltz is now available for purchase on the App Store in all regions. The game seems like a very interesting action role playing with an interesting twist so make sure to check it out if you’re a fan of the genre.