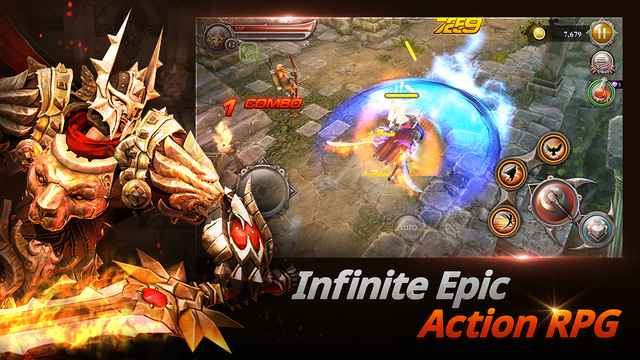 The new game is called Blade: Sword of Elysion, developed by Four Thirty Three. The game is an action role playing game sporting beautiful graphics powered by Unreal Engine, a real time multiplayer mode and plenty of content such as a guild system which offers plenty of nice rewards, sieges, and some real-time multiplayer modes such as an arena mode, a full player versus players mode and more. The game doesn’t feel all that different from the Diablo games so make sure to check it out if you’re a fan of the Blizzard developed series.

Blade: Sword of Elysion is now available for download for free on the App Store in all regions. The game looks like a very nice action role playing game so make sure to check it out as soon as possible if you’re into this type of games.