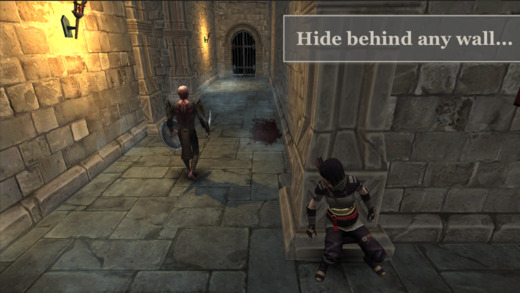 There are times when video games are named so to surprise gamers by offering more than what it may seem. There are times, however, when games do offer exatcly what their names imply.

This is definitely the case with Stealth, a new action game now available on the App Store. The game does exactly what you expect it to do: being a stealth game, no more, no less.

In Stealth, players will have to sneak into a jail and rescue the members of your clan. The game is played from a functional top down perspective, with a third person camera being used when the character goes behind cover. It’s a simple system that actually works very nicely.

To be honest, sneaking around isn’t the only thing you will do in Stealth, as players will have to solve a few enigmas that will let them understand the story better.

Stealth is a game that doesn’t make bold promises, with a solid gameplay experience that does well what it sets out to do. If you like action games that require the player to be sneaky, this is the game for you.

Stealth is now available for purchase on the App Store for only $4.99.