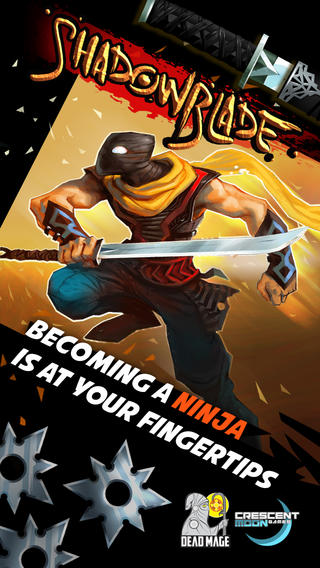 The new update to Dead Mage Studio’s action game includes three new hardcore levels which will be a true challenge even for those gamers who have mastered this title. A new enemy group has also been included, called The Punk Mob. Not that the name really matters as, in the end, they will still end up being a red, bloody mess.

As if the new stages and enemies weren’t enough, some new tunes have also been added to the game as well as a brand new replay feature which will allow gamers to share their Ninja endeavors with other gamers.

Even without the extra contents of the update, Shadow Blade is a really nice game that no fan of action titles should pass. The game is a really fast paced platform title with plenty of action, dangers to avoid and more. The game is also perfectly balanced so that it eases gamers into the whole experience before starting throwing some really though challenges at them. It also looks great, something that will make gamers who love good looking game quite happy.

Shadow Blade is now available for purchase on the App Store.