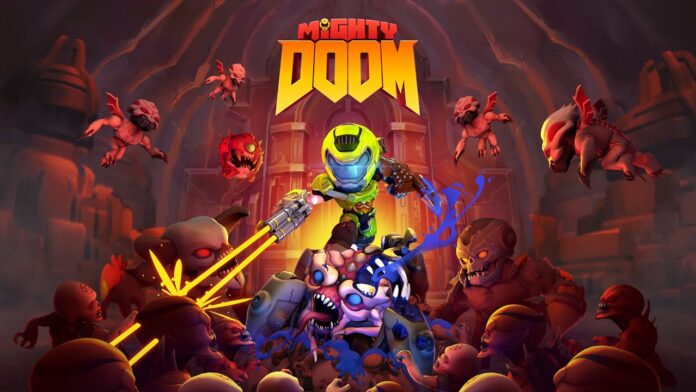 The DOOM series made its jump to mobile some time ago with ports of the classic entries in the series, but publisher Bethesda has now decided that the time is ripe for an all-new, mobile-exclusive entry in the series.

Mighty DOOM is now available in early access on Android via the Google Play Store, allowing players worldwide to try out the new game.

Unlike the rest of the series, Mighty DOOM is not a first-person shooter, but a top-down one featuring simple touch controls and many of the gameplay mechanics that made the most recent entries in the series so popular, like tons of different weapons with unique capabilities, epic battles against bosses and a challenging experience that becomes even more challenging as the player takes down more demons and proceeds through the game.

Although very different from what we are used to playing, Mighty DOOM has the potential to make it big with its easy-to-pick-up and play nature and exciting gameplay. You can check out the game right now if you have an Android device by downloading the game right now from the Google Play Store. If you do not own one, you can check out the trailer below to learn more about the game.