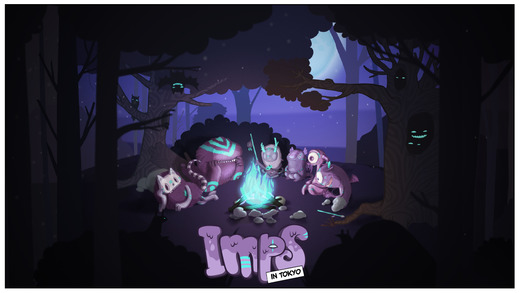 A new beautiful looking action game has been released on the App Store, a game where players will have to grab dreams floating in the sky and use them to defeat a really bad guy.

Imps in Tokyo is a new action game developed by We Are Vigilantes. In the game players will have to use their fingers to gather up dreams that appear on screen and use their unique powers to defeat the evil Mr. Cornelious. The game features different playable characters coming with slightly different abilities which actually make the experience a little bit more varied.

Imps in Tokyo certainly doesn’t lack different play modes. Alongside the interesting and a bit wacky story mode, players will also be able to play through challenge mode and even unlock an arcade mini-game which is rather fun.

Imps in Tokyo looks like a really relaxing game., with a simple yet engaging gameplay formula, beautiful locations and graphics definitely that make it a worthwhile experience. The game is now available for purchase on the App Store for $1.99 for a limited time so make sure to take advantage of this deal if you’re interested in the game and want to spend less.