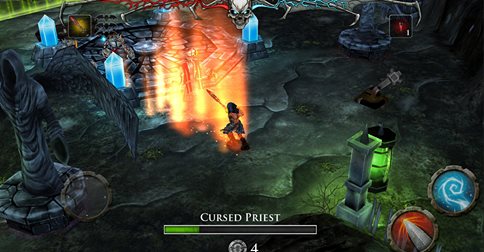 A new action game is going to be released on the App Store later today, a game developed by the successful band Avenged Sevenfold. Hail to the King: Deathbat has surfaced on the New Zealand App Store a few hours ago, meaning that it will hit all the other regions later today.

Hail to the King: Deathbat is a rather standard action game where plyers will be traveling through some grim looking locations, taking down plenty of demons and monsters with powerful techniques and use the obtained resources to improve characters so that even more powerful monsters and demons can be defeated.

Fans of Avenged Sevenfold will definitely find plenty to like in Hail to the King: Deathbat, as the game’s soundtrack includes tracks from the band. And these fans will probably be the ones that will like the game more than anyone else, as pretty much all of the game’s features have been seen already in countless other action games.

UPDATE: The game has been launched and you can download it here.