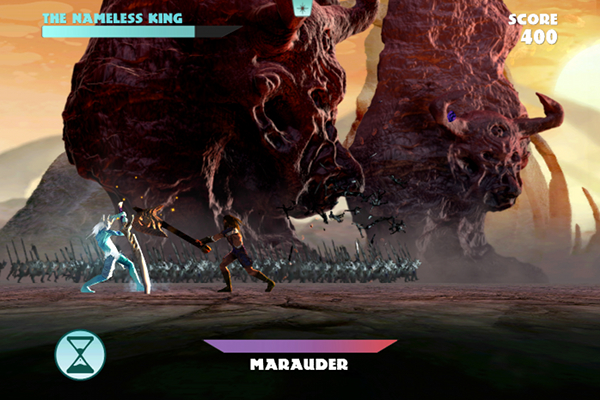 The action game God of Blades, developed by White Whale Games, has been released on the App Store around two years ago. To mark the occasion, the team has confirmed that the game will be available for free for a limited time.

God of Blades is now available for free and will be so until September 29th. The game is a really good game so make sure to take advantage of this special offer before it expires.

God of Blades is an auto runner action game where players will have to control the Nameless King and use his sword skills to defeat countless enemies and more.

The gameplay experience of God of Blades is quite unique. During the actual action, players will be able to execute different attacks depending on the direction of their swipes. Each attack has obviously different properties and its more effective against certain types of enemies, adding depth to an otherwise repetitive gameplay experience. The game also features several different weapons that can be upgraded and a special magic attack. The strategic elements of the game fall apart in later stages when the number of enemies grows exponentially, though, making God of Blades a flawed experience in the end.

God of Blades is now available for free on the App Store.