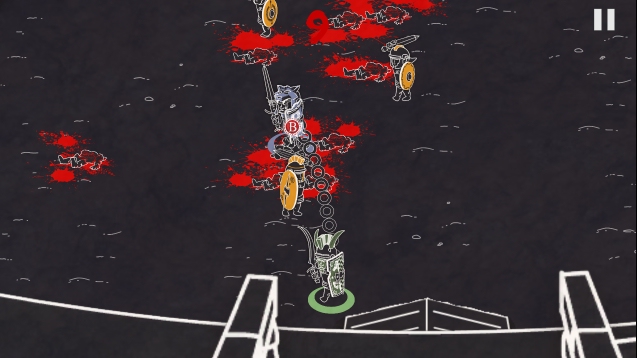 In Enterchained players will be controlling two gladiators who must fight together in the Colosseum. The two gladiators are chained together so it’s possible to use the chain to the player’s advantage by making enemies trip on it and more. This unique gameplay mechanics makes the whole Enterchained quite unusual and interesting. The Enterchained experience is even more interesting if you have another player join you in the arena in the game’s multiplayer mode.

As if the unique gameplay experience wasn’t enough, Enterchained includes quite a bit of content like extra characters, weapons and plenty of quests to complete. The extra weapons manage to make the experience even more varied, as they come in different types with different properties.

Enterchained is now available for purchase on the App Store for only $0.99. The is a really interesting action game with a setting we don’t see too often so make sure to check the game out if you’re into action games.