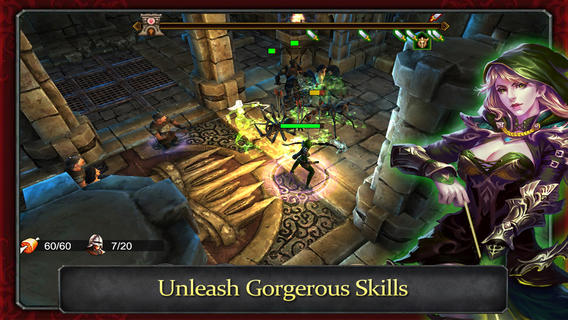 There’s nothing like playing a simple action game on the go, especially if you have had a really stressful day. Pummelling bad guys is definitely the way to go to feel a bit better.

If you’re looking for a game that’s easy to get into, without several gameplay systems that only manage to complicate the experience, you may want to take a look at Demonrock, a new action game developed by Crescent Moon Games.

The team describes the game as a reverse tower defence game, but it’s more like a simplified MOBA game that can be played by a single player. The game’s basics are actually pretty simple: pick a hero, defeat waves upon waves of bad guys using your weapon of choice and be victorious. Players will also be able to call out some allies during the action, helping you taking down your enemies before getting defeated themselves.

Included in the game are 40 levels, 30 enemy types and four different heroes. The heroes obviously have different skills, making going through the game with each one a fresh experience. All the game’s contents are more than enough to keep gamers busy for a very long time.

Demonrock is now available for purchase on the App Store. The game will cost you $0.99.