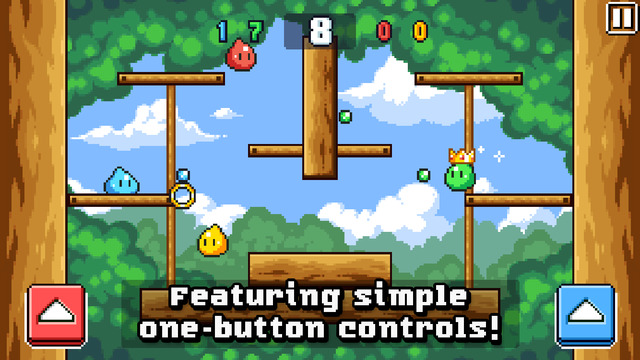 A new nice arcade game is now available on the App Store, a game that’s been clearly influenced by some of the more successful arcade games released years ago.

Battle Slimes, developed by Dodreams, is a game where players will take control of a colored slime and defeat the other three slimes. The game sports both single and local multiplayer modes, so it’s possible to have some practice against the AI before taking on other human opponents.

Battle Slimes is a rather simple game that can provide plenty of fun. This isn’t the game you’ll probably want to play for months and months but it’s good enough to provide a few minutes of mindless fun and that’s all that matters in the end.

Battle Slimes is now available for purchase on the App Store for only $1.99. It’s a really good multiplayer game so make sure to check it out if you have friends to play it with