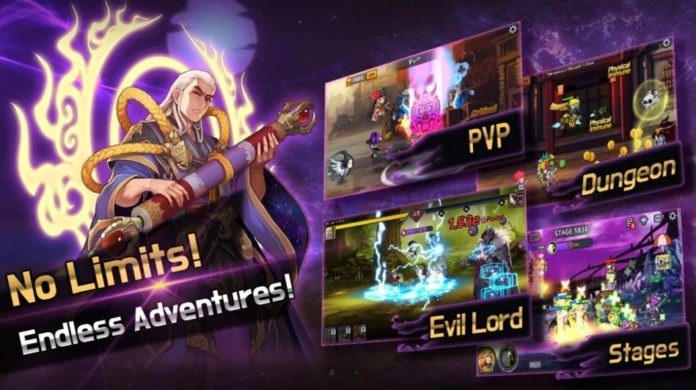 In today’s article we are going to share with you all of our 60 Seconds Hero tips and cheats to help you pass all the stages and recruit a ton of useful heroes.

In this game you won’t have much to do, other than manage and organize your heroes in such a way that you can pass the stages without much hassle. You will have to level the heroes up and unlock the quests in order to get a ton of gold, so if you are curious how to do all that better and easier, we are here for you!

Without further ado, let’s dive straight into our 60 Second Hero tips and tricks to help you pass all stages and defeat tons of monsters!

Start by unlocking the quests

The quests automatically give you gold every few seconds, depending on the quest. This is going to be one of your main resources for Gold, so if you want to make a lot of upgrades to the heroes and quests themselves, then here is where you need to make the investments first.

I suggest always unlocking the next quest whenever you can, because it will be well worth it. Every quest will give you some gold, and the more you unlock these quests, the more gold you will receive.

The cost for unlocking and upgrading them also increases, so I definitely suggest that you first focus on the latest ones (the most expensive ones) because they give you the best benefits (even if they cost more).

You can find these “quests” in the “City” tab, as the game refers to it, and I suggest that if you want to save lots of money, then you need to make all the upgrades you can here, by opening as many tasks as possible.

Level up your best heroes first

Your best heroes will usually be at the top of the list. I suggest trying to level them up as much as you can also, because them fighting will also bring in gold. every upgrade to the heroes that you make will cost more, and that’s why I suggest that you upgrade your strongest heroes first (the yellow ones) and then move on to the lesser ones.

When your heroes are level 100+ you can Transcend them, which means they gain a new skill (you will see them down under each hero). You can upgrade the heroes’ skills by tapping on the hero, and then in the “Skill Info” you can level up skills with Medals.

How to get more heroes:

You can recruit more heroes in the “Summon” menu. There, you will need to have Medals (from Rebirth – we’ll cover it down below) or Diamonds in order to get new heroes, and you can select the hero you want to buy.

I don’t recommend buying the 2 star and 3 star heroes with Medals, but rather save them up for buying 4 star heroes. If you don’t see any good heroes that you like, don’t worry. You see above the heroes there is a little green “Summon” button.

When you tap on that button you will use 1 Summon Ticket to summon new heroes that you can buy. Keep all your Summon Tickets for now as well as medals and Diamonds, because you will need them later on. The 4 star heroes can cost a lot of Medals (Hera costs 4a Medals for example), so that’s why I suggest that you keep them.

Pay attention to the flying chest

Whenever you see a flying chest on your screen, tap on it to receive extra gold! This will help you gain more gold and enable you to make more upgrade and unlock more goodies! This chest appears on the battle screen above, and it is a flying box which you can’t really miss.

In the Knights menu you basically have your heroes. There, you will see a limited number of heroes that you can have at once. I suggest using 100 Diamonds to unlock a new slot because it will help you pass the stages much, much quicker.

When you want to add more knights to your party, simply head on to the Knight menu (in the bottom of the screen), then go to Reserves (assuming that you have some laying around) and then tap on the Join button so they can join your main party.

Check out the goodies in the Shop

In the Shop menu you will have two main tabs you want to check (if you don’t want to spend real life money, in which case you can check the other tabs too): Premium and Items.

In the Premium tab you can see various upgrades you can buy with Diamonds, which will give you various permanent upgrades, such as Rebirth Medals gain, chance of skipping stages and other useful stuff.

These all cost Diamonds, so it’s going to be pretty expensive to go for everything – that’s why if you really really want to make these upgrades, only then think about investing in them. (and once you have all your favorite heroes)

In the Item tab you can find various boosts to gold, Piggy Bank and Summon Tickets, which all also cost Diamonds, so if you want to spend them on such items, here they are. I don’t however suggest investing in game speed, because it is limited – and once the time is up, your Diamonds will be lost.

Buy equipment for your character

Your character is on the top left corner of the screen, and you can do various stuff to buff your party up. For one, you can head on to the “Main” tab and then go to “Market”. There you will have several items for sale, but you can refresh the list for free (bottom of the screen).

You should take a look at the gears for sale and make an overall idea on what gears you want to use, because they give various effects.

Rebirth is basically when you start over with the stages. You can do this starting with level 50, but it really isn’t worth to do it then. When you choose to get reborn, you will gain the following benefits:

– a boost to gold production

– you can change the God

– you can keep your character’s equipment

– you get to keep Gods’ relics

– if you ranked up your knights (for example made it 6 stars), they won’t get reset

However – this is what you will lose when you will select to get Reborn:

– resets the levels of the Knights (heroes)

I suggest resetting only after you level up to over 100 or 150, because that way you get more medals and other rewards – and also, get to do what you wanted (see the city fully upgraded) before you reset and lose all your gold!

These would be all of our 60 Seconds Hero tips and tricks that we have for you right now! Do you know some other useful game tips and want to share them with us? Leave a comment down below! 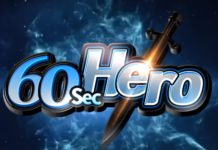 60 Seconds Hero Guide: How to Get More Diamonds