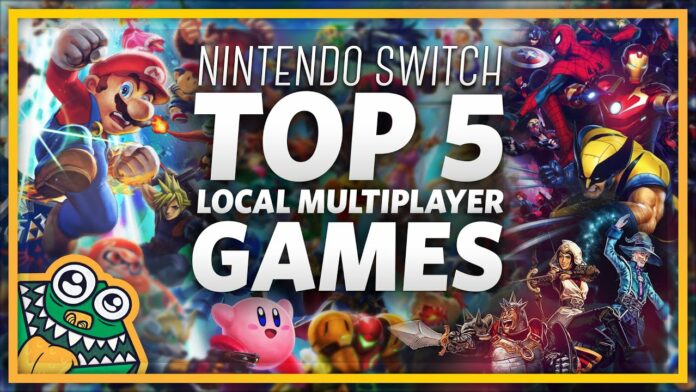 Your search for the best games with Local Multiplayer for the Nintendo Switch ends here. Seems like gamers around the world are too eager to know which games would be the right choice to play on the latest console, Nintendo Switch. Some want to prove themselves as the best players on the world stage while others intend to have a match with friends and brag about it later.

Whatever be your purpose, these 5 games are ought to give you the best multiplayer gaming experience.

5 Best Games with Local Multiplayer for the Nintendo Switch

After making its debut in 1992, Mario Kart has come a long way and today it has become the first choice in the local multiplayer hub. This version is better than the original Mario Kart 8 on the Wii U. And it had to be since it brought back the Battle Mode along with exciting new characters, customizable vehicles and a track design to die for.

Arms give you and your partner the control of boxers with super-springy arms and you will have to get good at flailing the Joy-Cons in both your arms to drain your opponent to death. The game is a strange take on boxing with motion controls where the seemingly simple mechanics take some getting-used-to. All in all, it is designed for maximum fun!

For fellow gamers, what can be a more satisfying experience than slashing up demons and even Reaper of Souls? And when this is on Nintendo Switch it is almost like coming back home. The fun obviously gets elevated when played with a friend. Diablo 3 also has the advantage of getting easily translated to any gaming medium however, a Pro controller is always preferred.

The Nintendo Console is almost like a jilted lover without the much distinct successor of the legendary Mario fam, the Super Mario Party. With 2 switch screens and the most inventive motion controls, a marathon of 80 mini-games can be had. So try out the new co-op mode to break through obstacles and steer your rafts to the finish line together. Good luck!

Basically a split-screen local multiplayer game of “soccer with cars”, Rocket League can be played with up to four people. This game is set to give you and your gang a sweeping rush of adrenaline as you all resort to marvelous tricks and attempt to make a goal after numerous near misses. This automotive wonder may make you want to play it “one last time”, multiple times!

May the Nintendo Switch and these 5 games be the new friendship bands. Let us know about your favorites!

5 Best Games with Local Multiplayer for the Nintendo Switch