Home Mobile Gaming News 3D RPG World of Anargor Pits You Against the Army of the... 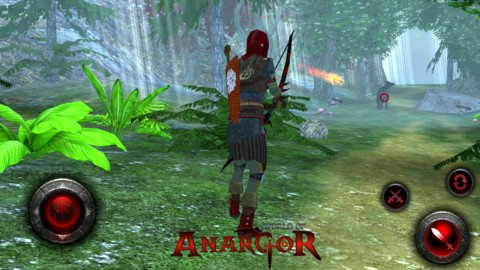 …and not only! World of Anargor is that type of game that you want to see more often made available for your iOS device: it is free to play, it has good 3D graphics and that old school RPG quality that makes you remember the great days when you were playing Gothic on your computer. At least this was my case!

Because, just like the good ol’ Gothic, World of Anargor puts you in the shoes of a nameless hero who wakes up and discovers that the evil is on the rise. From the underworld known as World of Anargor, all sorts of creatures emerge, wanting to destroy the world. The hero who has lived peacefully is now pulled into this epic story where he needs to pick up a weapon and defend the world from the Undead Legion coming from the dark.

A pretty basic story for an RPG with no real reasons to say the we’re blown out of our socks, but still a quality game. With three races to choose from (human, elf and dwarf), with 20 enemy types including snakes, orcs and skeletons, more than 50 item types to find and equip and the option to become the best mage of all times, World of Anargor is an ambitious project with some nice prospects, so make sure to give it a try. I know I said it already, but I have to say it again: it’s available for free, so there’s nothing to lose. Check out some game footage below:

So head over to iTunes and give World of Anargor a try, oh you nameless hero!