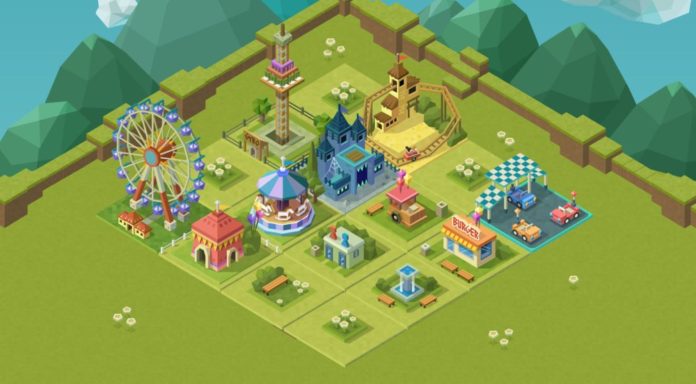 Although we’ve seen it done before, 2048 Tycoon: Theme Park Mania offers a nice alternative to the 2048 game where you have to connect tiles over and over again on a small board, trying to get the highest score possible. This one is really challenging and brings some nice mechanics to play and we’ll talk about everything in our 2048 Tycoon Theme Park Mania cheats and tips article.

Our strategy guide will help you get the most out of this game and set super high scores that you will be proud of. There’s a bit of luck involved too, so don’t fret if you can’t make it every time. But for the rest of the occasions, our tips and tricks will help a lot.

So let’s not waste any single second and let’s check out below some 2048 Tycoon tips and tricks!

Everything moves
This is pretty obvious – that the entire board moves when you swipe in any direction – but take the time required to do the planning. Strategizing in this game is vital for long run gains and always try to consider the effects of your moves when swiping.

First of all, consider the fact that since the entire board moves, you can create more than one match. This is actually what you should do in order to increase your chances of getting as far as possible.

Second, you will get some new tiles filled up and it will usually be lower level buildings. Have that in mind when calculating which tiles on the board will be left empty: it’s best to empty those that will result in at least a match when you make the next move.

Reduce empty moves
By “empty” moves I mean moves that result in no match being made. Even if you don’t create a new block, new tiles will be thrown into the game, making everything more and more difficult. Therefore, try to always move and create at least a match – but have some plans as well in mind. Creating new attractions is just part of the game, because you also have to be able to match them with their pair later on in the game.

Unlock new buildings
New buildings give you better chances at getting as far as possible in 2048 Tycoon. They reward you with more coins, which in turn allow you to unlock even more buildings, but also increase the speed at which energy is generated. That’s why it’s always a good idea to unlock new buildings and start using the better ones right away.

Watch ads for boosts
There are various boosts unlockable if you watch ads in 2048 Tycoon: Theme Park Mania. I recommend doing so because these boosts (those that double the coins and energy for example) are extremely useful in the long run and can help you get to have buildings that you never reached before.

You can also get all sorts of other boosts from watching video advertisements, such as starting with a high level building or doubling your rewards at the end of the game.

It’s all about balance
This is a game that requires a lot of time in order to get far. The good news is that you can simply quit the game and come back to continue whenever you have some extra time. So nothing is lost!

With these in mind, always consider the balance on the board. It’s always good to try and have as many buildings of a similar level as possible, instead of getting a mammoth structure and nothing but level 1 grass on the board. Keeping the balance gives you the chance to get as far as possible eventually. So don’t rush anything – keep the buildings on the board for as long as you can before going on a matching spree to increase their levels!

Use the power-ups
You can get a maximum of 10 energy and various power-ups to use it on. Keep an eye on the energy meter and make sure to actually use those power-ups when you have a lot of energy, otherwise you’re just wasting precious resources. A good power-up to use is the brush which costs 5 energy and removes all the level 1 buildings from the board, usually opening up the door for a lot of high level matches.

But try to use the best power-up for your situation and don’t worry about removing high level buildings if they’re in the way. It’s best to plan early and use the power-ups early instead of getting stuck and using power-ups just to win a move or two.

The three-directions rule
An interesting approach that opens up the door for easier combinations is to try and only swipe in three directions. For example, only swipe left, right and up. This leaves the bottom of the board usually open for new incoming tiles, which in return will allow for some quick matches that will grow naturally into high level buildings. This only works earlier in the game, but it’s a good strategy that has helped me a lot so I highly recommend it.

These would be, for now, our tips and tricks for 2048 Tycoon Theme Park Mania. If you have other strategies or suggestions for fellow players, don’t hesitate to let us know by sharing your comments below.