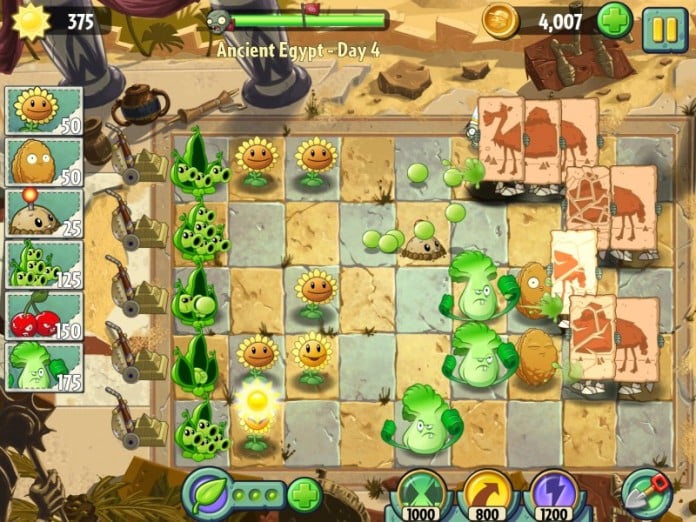 So, you think that Plants vs. Zombies 2 might be pretty big, right? Well, you definitely are right then – about 16 million downloads big and that’s just the first week since the game’s global launch.

The announcement was made by Electronic Arts during the Gamescom conference and EA admitted that the launch of Plants vs Zombies 2 was their most successful ever launch of a mobile title. I doubt that any other game got these numbers in one week, so I believe that it’s their most popular launch game ever. Of course, the fact that it’s free to play matters a lot in this case.

If the 16 million downloads don’t manage to tickle your need for numbers, the folks at EA shared more stats from the game:

Electronic Arts was actually so happy with how the game is performing that they announced an upcoming content pack for Plants vs Zombies 2, Far Future which is expected to launch by the end of the year. However, no extra details have been given, so all we can do is wait. And check out TTP’s Plants vs Zombies 2 cheats if we want to stay ahead of the 16 million players!

16 Million Downloads for Plants vs Zombies 2 in One Week