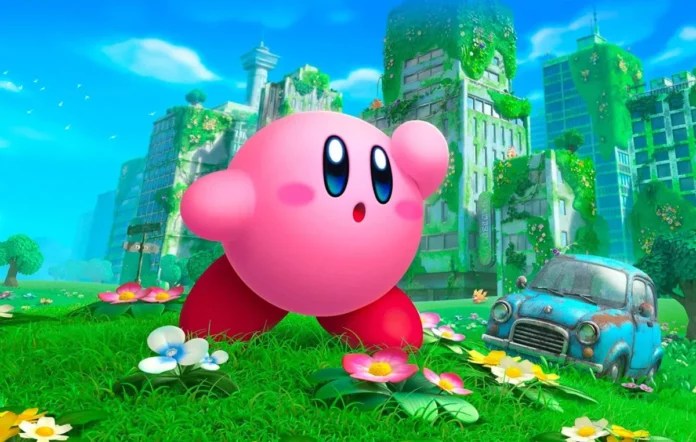 The Kirby series has hit massive levels of popularity over the years due to its fun gameplay mechanics and quirky characters. Today, we will be talking about one of those characters, namely Sillydillo.

Sillydillo, titled Armor-Plated Prancer, is a boss in Kirby and the Forgotten Land as a member of the Beast Pack, fought at the end of Originull Wasteland.

Upon first appearance, it looks like a large armadillo with cartoonish features. Including its face, the rest of its body is comically weird as well with thin arms and large claws on its paws. Plated markings can be seen attached to its outer shell on its back too.

Sillydillo attacks by curling up and rolling towards Kirby in combat, which can do quite some damage if not evaded. It can also create puppets seemingly at random, aiding it in battle. Despite its cartoonish appearance, defeating this boss does take some effort on the players’ part.

Two objectives can be completed in this fight:

First things first, avoid the cage grapple move that it does, else it will be instant death eventually. Its swings are easy enough to avoid but beware of the rolls. Once the puppets come out, it will add an additional layer of difficulty to this battle, making it difficult to maneuver without taking damage. Sillydillo will both attack with the puppets as well as throw them around.

Beating the handmade Kirbys should happen naturally, taking care of one objective. Players would be better off using the Hammer ability because defeating Sillydillo with this will take care of the other objective. Defeating this boss will give players the Blizzard Ice blueprint to further evolve and strengthen the Ice ability and will clear the stage!

How to Defeat Sillydillo in Kirby and the Forgotten Land