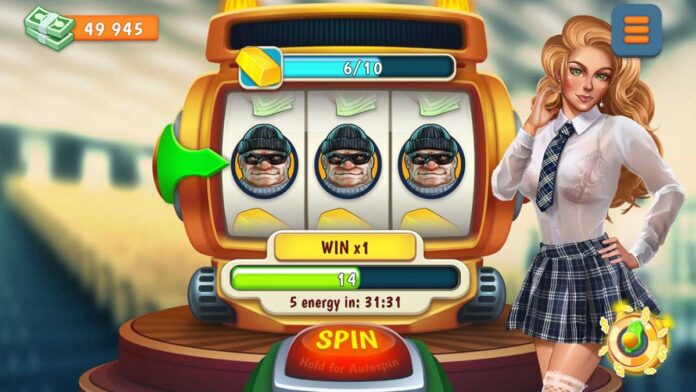 Dating Simulators are a genre of games that span all platforms from Android/iOS to consoles and desktops. The goal of these games is to progress through the stories with a heavy emphasis on romancing the player’s love interest of their choice.

Today we will be listing the best Dating Sims on the Mobile platform.

These are the top 10 Dating Sims on the mobile platform, in our opinion:

The Arcana is a fairly standard dating simulator with visual novel elements. The game contains a 21 episode storyline, collectibles, and a fair amount of people to romance.

The soundtrack is pretty great, and the game features beautiful artwork. Players can also earn in-game currency by watching ads instead of buying them. One big plus is that the game is LGBT-friendly so players are free to romance whoever they want, as the game does not make any sort of disassociation between genders. It is a free-to-play game and is also easily one of the best in the genre for just about anybody.

Amnesia: Memories is another dating simulator with visual novel elements. This one has a lot to offer. One thing that stands out is that the characters are all fully voiced.

The stories of this game are quite good and the art style is eye-catching for sure. Falling under the category of an Otome game, this one is geared more towards women. This generally leads to all of your dating choices being men. It plays like most dating sims and visual novels, so there are no cliffhangers or surprises there. The game is also quite easy to play and get into, along with the base game being free. Players have the option of paying for individual episodes for $2.99 as in-app purchases, or getting all of them for $22.99 in a separate premium version.

Genius Inc is a developer on Google Play with a bunch of dating simulators. Some of the more popular options include Yaoi Beast Boys, Mythical Hearts, and Twilight School. Most of their games have identical mechanics and UI elements which is why they are all included in a single entry on this list.

Players play through a story, romance the characters they want, make decisions that affect the outcome of the game, and generally just enjoy themselves. The stories are surprisingly very good in all of the games. The trio of Attack of the Dead, Mall of the Dead, and University of the Dead definitely stand out more than the rest. Most of them are free-to-play titles, so there is no upfront cost. The choices for these games are massive however, so we recommend players take their time finding the ones they like.

My Love: Queen’s Choice is a solid overall dating simulator. It features a storyline with four varied choices for the player’s love interest. It may seem like a small number, but to make up for it, the game has a bit more visual novel and a little less dating sim than most of its competitors.

This also means that there is a larger focus on the story rather than focusing entirely on the dating sim part of it. It is a fun visual novel and dating sim hybrid with simple controls and a good UI. The only downside is that major progress in one play session can be made mostly via microtransactions. Apart from this detail, it is quite a relaxing game.

The My Girlfriend series is also technically developed by Genius. However, the other entry is mostly Otome and geared more towards women, while these are geared more towards men. Most of the games have identical mechanics and controls, so players can pick the one that they think they will enjoy the most.

The only major notable difference among them is the story because these titles are a hybrid of visual novels and dating sims. That means fewer choices for players to make, but in exchange, they have a more in-depth story. The free-to-play elements are a bit more annoying in these titles than the Otome ones, but most people don’t seem to mind. Players can also earn in-game currency through mini-games and other stuff if they choose to.

Mystic Messenger is a dating sim with a texting game twist. The main character finds and downloads the Mystic Messenger app and embarks on a journey to find a boyfriend.

The story is a bit more simplistic compared to most of the others on this list, but the mechanics are simple and the micro-transactions are kept to a minimum. The only real gripe is that the customization options are a little bit lacking, but otherwise, it is a solid entrant in the genre.

Obey Me is one of the most popular dating simulators on Android. This one actually has quite a few mechanics. There are various tasks to complete, seven men to choose from, and even a card dueling mechanic.

The card dueling part might be a little complicated in the beginning, but once players get to higher levels, it becomes substantially easier. The game is friendly enough with a good story to keep players actively playing while grinding. The efforts put in by the developers show here in full swing. With the rising popularity of Otome games, it is not hard to like this one.

The Sims is one of the most popular life simulators ever, and the mobile game is quite popular as well. Players live the life of a person that they create and it includes all aspects of that life, including dating.

Although The Sims Mobile is more of a life simulator than a dating sim, a lot of the same stuff is there minus the story. There are also a lot of quests and other stuff to keep players engaged. It is a bit heavy on micro-transactions but otherwise, it is quite a fun game. A lot of players who were ardent fans of the Sims series will enjoy this one.

Yearning: A Gay Story (YAGS for short) and Zen: A Gay Sequel (ZAGS for short) are two of the best dating simulators developed for the LGBT audience, specifically directed towards gay men. These games are very accurate to their roots, with their developer also being an openly gay man.

ZAGS is a direct sequel to YAGS and includes a similar setting with some recurring characters and even the same main character. Both games feature over 200,000 lines of dialogue, various unlockables and collectibles, decent soundtracks, multiple endings (and dating routes), and good characters.

We recommend playing YAGS first before starting ZAGS since they are directly related to each other. YAGS is entirely free with no in-app purchases, and ZAGS runs for $8.99.

This final entry is a bit of a red herring because it is not really a game. With the success of dating simulator games on every platform, it’s only natural that emulators from different devices would make their way onto mobile platforms. Dating simulators are on a bunch of different consoles and the genre has only grown over time. Due to this, older games can be played on emulators on Android and iOS devices.

As far as emulators go, we recommend a Nintendo DS emulator and for that, we also recommend using the DraStic emulator that can be acquired on Google Play Store or the Apple Store. After legally acquiring the ROMs for the games, they can easily be played on the emulators. Older console games have the benefit of not having micro-transactions, so players can get everything without paying extra along with playing some of the best classics.

Let us know what you think of this top 10 list.