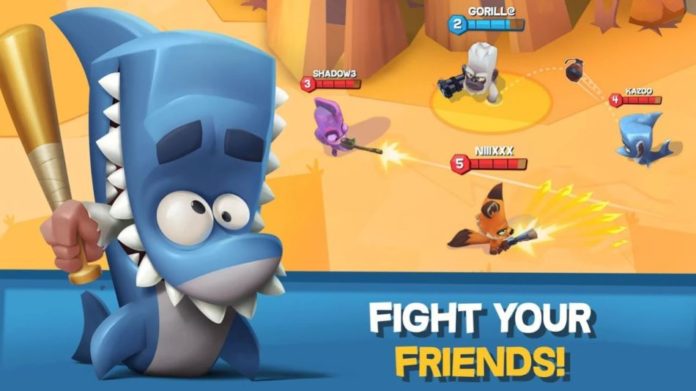 In today’s article, we are going to share with you all of our Zooba tips and cheats that we have gathered so far to help you become a better fighter and win all of the battles that lay ahead of you!

Since this game is a very fun and adorable battle royale mobile game, you need to know a few things, but even more importantly, you need to know how to win in this type of battles, because since they are real time PvP, you will be facing other real players and that means that you will have to improve quite a bit to climb up the ranks!

So let’s not waste another second and dive right into the Zooba tips and tricks we have for you below!

Every player that wants to get better should start with the very basic rules of the game. Well, they are not exactly rules, but more like guidelines, because they are what the game follows during all of the battles.

If you know them, you will be able to then use them as best you can to win, so let me tell you a few of those basics:

– The battle is won when there is one last person .

– After a while, the arena will start getting smaller and smaller, and that will mean that players will have to fight sooner or later.

– The battle can end sooner if one player took out the rest, even before the arena starts shrinking (though that is quite unlikely to happen, unless you are in higher ranking fights).

– Players can collect various weapons off the ground by sitting on top of them for a couple of seconds (until the green meter fills up).

– While players are in the river (basically in water) they cannot attack or do any special actions, only move and use medical kits.

– Players can pick up various extra items (health kits, walls, shields etc) by picking them off the ground just like they would any other weapon.

– Skills are not instant, so players will have a very short window in which they can dodge.

– Even if you already picked up a certain weapon, if there is a better one on the ground and you are sitting on it, you will be able to discard your old one and pick up the new ones by sitting on top of it (the game will automatically discard the old one).

Now these are the very basic things that you need to keep in mind when heading into any fight!

Remember that in this game there are no friends (unless you queue up with them) and you always need to remember that you need to be the last one standing!

As you are playing more game (and winning) you will receive more Trophies! That will mean that you will be able to increase in rank the more fights you win!

Whenever your ranking upgrades, you will receive extra rewards and you will be able to unlock more characters!

So all that you need to do is play in battles and try to win as many as possible so that you can increase your ranking! The more you increase, the better you get at the game and the better rewards and characters you will unlock!

Every single day you will be able to unlock free crates in the game, which will give you more EXP for your characters, allowing you to upgrade them, and also free Coins!

You can find one of the daily free crates in the main screen interface, right above the crate slots! There, every several hours you will be able to open a new one for free!

Make sure that you do this every single day, because they are definitely useful and they are going to come in handy when you want to save up Coins to make upgrades!

Do your quests and earn plenty of rewards

Those missions can be anything, but generally they are asking you to claim a free crate, open a match crate and other such easy tasks.

Since the missions reset every day, you should check them out daily so that you can make sure that you complete them in time before the reset.

From the missions you will receive Coins and Gems, which can be used to upgrade your characters and use them to purchase various goods in the Store. Make sure that you complete them every day, because every free reward will come in handy!

After completing various missions tasks and battles, you will receive Toolboxes, which will reward you with Tokens and Coins, so they are definitely useful no matter how you look at it!

You can also get other types of Toolboxes, such as the Silver Toolbox, which is super useful because you can receive a rare item from it!

Now if you manage to get those, I would suggest that you open them immediately because they might contain some super useful loot which will make the battles easier for you to win.

Now about the Crates, since there are only 4 slots on your screen, I suggest that you start opening them immediately, starting with the ones which take the least time to open.

Afterwards, you can start opening the ones which take more time, because by doing so you are freeing up crate slots for new crates to place there!

There are plenty of milestones when it comes to ranking up and getting better at the game, and once you have achieved some of these milestones you will be able to claim more awesome rewards!

You can find those progress rewards by tapping on your character profile in the upper left part of the screen, and there you will see that for example, once you collected 70 Trophies, you will be able to claim 100 Coins – once you gathered 100 Trophies, you will upgrade your League and claim another 150 Coins! (and also unlock new stuff)

Check these out because from the milestone rewards you can claim various Crates (which are super useful), Gems, tons of Coins and even character skills! I suggest that you try to battle as much as you can and try to win every single time, because that way you will get more Trophies.

Check out the Store and make some purchases

Now we are diving into a little more serious stuff! The store will have some chests which are super good, but since you cannot afford everything from the very start (as a f2p player), unless you are a premium player, then I will tell you what you need to focus on in order to have a better start of the game!

Once you are starting, if you check out the Store you will see a limited time chest which costs 80 Gems! That one can be found in the Store -> Offers and it is named Welcome Offer.

That offer will contain a Gold Toolbox (which has inside Coins and Rare or Epic Items!) which is super good, and along with it you will also receive 120 Gems!

The whole offer costs 80 Gems, so once you manage to get the 80 Gems, make sure that you buy this because you will get back 40 Gems more! This should be one thing that you are farming for early on in the game, because it will help you a lot!

Now another good tab you should check out every day from the Store has nothing to do with Gems, but rather with Coins! Head on to the Daily tab and from there you can claim every day several coins for free! The more you will advance in your League the more slots you will unlock in the Daily Deals tab, so keep on fighting!

Also, make sure that if you have some extra Coins to spare, you can purchase some character tokens from there!

If you have some extra Gems, you can also check out the Crates tab, which go for various amounts of Gems:

– Gold Crate will cost 180 Gems and it contains Coins, Tokens and chance for a new character.

– Emerald Crate will cost 600 Gems and it contains Coins, Tokens and a high chance for a new character.

– Legendary Crate will cost 1500 Gems and it contains a ton of Coins, 60 Tokens, a new character or an epic item guaranteed!

– Gold Toolbox will cost 360 Gems and it contains Coins, and 1 Rare or Epic item.

– Emerald Toolbox will cost 900 Gems and it contains Coins, a Rare item and an extra Rare or Epic item!

If you really want to purchase something, save the Gems for the Emerald crate because that is the best one in my opinion (if you need a new character). Otherwise, the Emerald Toolbox is pretty good because of the items given!

Some Zooba battle tips to keep on winning:

– Start picking up items as soon as you go in the game, because if an enemy comes at you, you want to be able to attack them back ASAP!

– Use the bushes to hide, and preferably try to attack the enemies while you are inside, because they will not be able to see you and place bombs at you.

– Whenever you see a better item on the ground, pick it up because you will not regret it and it can make a big difference!

– Try to avoid going in the water as much as you can, because it will not allow you to use any attacks or moves, only normal movements and health kits, so you will be very vulnerable – at the same time, try to attack all the enemies that you see in water because they are slower and cannot dodge!

– Always try to step outside of the shooting range or bomb range! You will have a small window to do so, so therefore try to avoid getting hit at all costs – save your movement skills for then and pay close attention!

– If you see two enemies attacking each other, or two enemies close to each other, try to attack them both with a bomb – you might damage both of them and hopefully take them down faster!

Use one of the best characters in the game

Each character is good and they are very balance in our opinion, but still some are better than others in most cases. So make sure that you play them all and see which fits your play style the best – and use that character constantly in order to really master them.

We wrote an article about the best characters in the game – make sure to check it out if you want some help deciding which is the best.

These would be all of our Zooba tips and tricks that we have for you right now! Do you know some more useful game and battle tips and strategies? Share them with the rest of us by posting them in the comments section below! 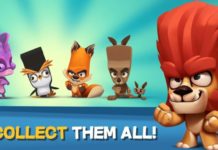 Zooba: All Characters in the Game & Best Characters