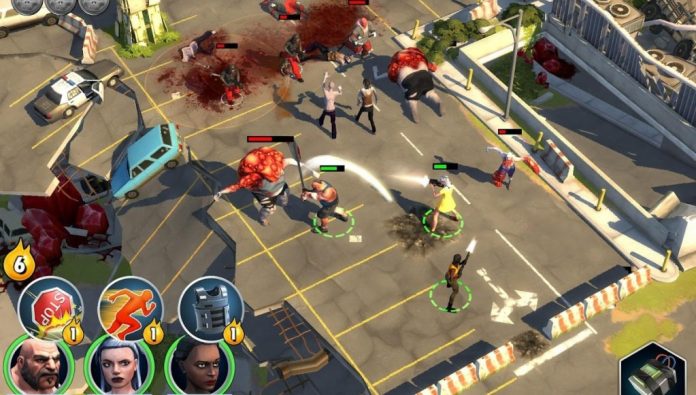 Gameloft has just launched a pretty impressive game on the App Store and Google Play, Zombie Anarchy. You have to lead a band of survivors during the zombie apocalypse and do everything it takes to stay alive and thrive. This means that you won’t be fighting just the undead, but other survivors as well in a great strategy game. And we’re here to help you get the most out of it by sharing some Zombie Anarchy cheats: tips & strategies to build the perfect base and get the most out of the game.

So let’s not waste any time and let’s see how to get better at this game by checking out the Zombie Anarchy tips and tricks we have for your you below!

1. Tap the zombies outside the base
They usually hold some goodies, from extra bits of salvage to premium currency. They’re also sometimes required to complete the daily missions or other missions, so whenever you see zombies roaming outside your base, just tap to shoot them!

2. Complete the Daily Challenge & Special Events
Both are extremely useful and the Daily Challenge (called the Daily Bounties in the game) can reward you with some easy free Bloodstones, which are the premium currency in the game. Just check out the requirements and complete them all. The same goes for Events, but they work in a different way usually, requiring you to complete a mission before moving to the next one. But the rewards here are even better, so always start the day by competing in the events if there are any active as that’s where you’ll be getting the best rewards.

3. Upgrade everything!
As soon as you level up, you unlock new buildings and usually new upgrade options. Make sure you upgrade everything as soon as you have the chance: start with your defensive towers (so that you can protect your loot), upgrade your survivors second, then work on resource buildings and everything else afterwards. When upgrading always keep an eye on the required materials for the upgrade and make sure you have enough – if your quantities are limited, upgrade the building or survivor you want upgraded first, then keep on attacking areas that have the items you need as a potential reward.

4. Don’t rush to attack other players
Whenever you attack other players, if you manage to win, you will be rewarded with skulls. These help you rank higher in the game, but early on when you have just started playing, it’s better not to jump into battle against other human players and instead only attack the AI missions (these appear as black/grey on the map, or you can attack the Survivor camp if you can’t win against others). The reason why you should not do this is that once your rank increases, your base will be shown to higher level and more powerful players who will attack and loot you easily. So be patient and start attacking others in the PvP mode at the right time!

5. How to build the perfect base
You will get more and more things for your base as you progress through the levels, but the most important things when it comes to defense are the towers. So keep those behind walls or ideally behind other buildings (while they can still shoot at incoming troops). The harder it is for the enemy to reach your defensive towers and destroy them, the greater your chances of not losing the battle. So be smart about wall placement, place your mines in areas they will surely pass and keep buildings in front of the towers as decoy.

6. How to attack and win every time
Of course, if the enemy is extremely overpowered, you have little chances of winning, but otherwise you will be fine if you follow my suggestions. When attacking zombies, it’s best to start the fight near the corpse piles because those generate a ton of zombies, so taking them out first should be your priority. Tap the screen to direct your heroes to specific areas, but focus on taking out the zombie buildings and then the zombies.

When attacking other human players, it’s important to take out their defensive towers and buildings first. Deploy your troops in the area that’s farthest away from everything at first, in order to draw over the defending troops and take them out first. Then tap the closest defensive building, destroy it and move to the next.

In both cases, don’t forget to use the special skills of your heroes: depending on the heroes you have unlocked, you will have more or less options, but play until you have a favorite and keep starting with that!

These would be, for now, our Zombie Anarchy tips and tricks for fellow survivors out there. Do you have anything else to add? Let us know by sharing your own tips below! 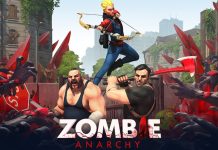