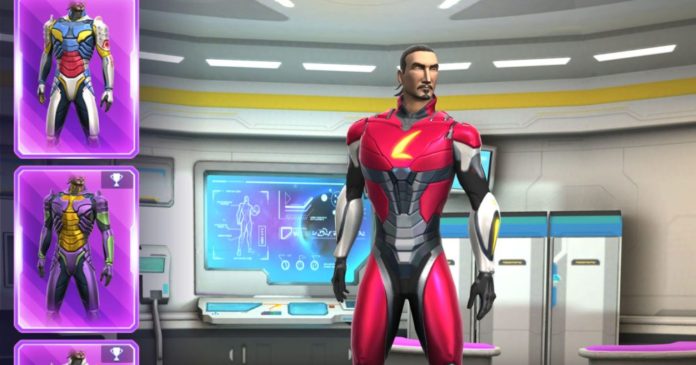 The entire galaxy knows about the Legend Zlatan Ibrahimovic! And you can be just like him – or at least help him keep his status in the latest mobile game for iOS and Andoid, Zlatan Legends. If you want some help to make sure that you do that, we’re here to share some Zlatan Legends cheats and tips to help you climb up the ranks and the leagues and become one step closer to being #1.

Your football skills don’t matter too much in this game that mixes quick reflexes with quick thinking, puzzle mechanics and grinding like there’s no tomorrow. But it’s all fun and fair, so let’s not waste any time and instead let’s check out some tips and tricks for the game!

Getting a ton of points each time you play and getting a perfect time are two different things and they rarely go well hand in hand. If you want to max out the number of points you get – in order to get as many coins as possible – you must be fast, indeed, but time is not as important.

Instead, you should go for as many combos as possible: hit full power shots, go for wall shots, collect as many coins along the way and perform for the ratings.

On the other hand, getting an awesome time requires you to hit the ball constantly, fully powering charges when required, but looking for that open lane and speed boosters at all times.

Therefore, you should decide what you want to do each time you start a new game and focus on doing that. My suggestion? Focus on getting the coins early on, while learning each stage and only afterwards try to beat the time. Chances are that somebody with better shoot power than yours already did it!

Focus on the League First

The Career with all its Areas is the place that gives you the chance to show your true class, but in order to get the most there, you should focus on the League. Getting great results in the League increases your bonuses and rewards you with tons of goodies, so you should focus on winning a few of those and then staying in the top leagues!

It’s relatively easy to do it, especially as you just start playing. Spend all your energy in League matches, winning as many as possible in order to increase your score.

Remember that others will compete against your Ghozt time, so it’s a good idea to perform as good as possible there and focus on finishing as fast as possible. You also have free Ghozt retries – put them to good use, and only when you are confident that you know the course flawlessly.

So focus all your energy on the League at least once per day in order to promote and increase the goodies you win. This will help you a lot in the long run.

The daily missions will usually be completed by simply playing the game often, but you can check them out and see the requirements. Some are easy to complete, while others more difficult, but you should do them all.

For example, the mission that requires you to win a specific number of Live Races is easy to do if you compete alone in an arena that’s not too popular. These are usually stages from the first planet – just give it a try and win easily!

Training improves your skills and powers, so you should always train. You collect shards for your Trainers when completing races – and they are awarded randomly, but as soon as you have enough to level up your trainer, then train your skills – do so!

Replay the same area over and over again

Practice makes perfect – and this is the case of Zlatan Legends as well. If you want to really be great when it comes to a specific track in the career, you will have to replay it over and over again.

Pay attention to the recommended Kick Force – the higher you are above that, the better your chances of hitting super times. But play over and over again, learn the shortcuts, learn to quickly get past the difficult areas and aim for a top time. But only after you collect a ton of coins and make a lot of money off each Track!

Go for the extra bonuses

There are tons of bonuses you can add to your player in order to increase your earnings:

– Your League matters a lot – that’s why I suggested focusing on going up the leagues early on.
– The Arena you’re playing in also matters, so going for the more difficult Arenas increases your bonuses – but might reduce your chances of winning, so make sure you weight all the pros and cons here.
– the Video Boost should be kept active at all times, as it gives you a huge bonus if you watch an ad.
– the Collection bonus gives you points based on the number of items you have – this grows nicely over time
– the Zlatan bonus is something you should focus on. Each day, you can collect during the tracks letters to form the word “Zlatan” and each gives you 10% bonus. That’s why it’s imperative to collect all the letters, as soon as you see them, even if that means you get a horrible time. Letters are most important!
– Sponsorships unlock once you hit level 10, and they offer even better boosts to the bonuses.

These would be our tips and tricks for Zlatan Legends. Do you have something else to add? Let us know by sharing your comments below.