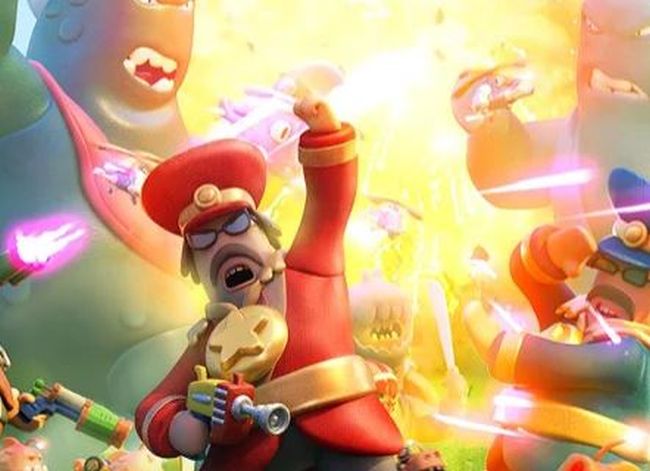 In today’s article we are going to go through all of the World War Doh tips and cheats to help you win more battles and put together a mighty team to overwhelm your opponents and take them down fast!

The game is very fun, and not to mention how hilarious the interactions are! But that is just a part of it, because there is so much more that there is to this game! Apart from the fun part, there is the strategic part, which can be the exact opposite of “fun” when going against other players!

If you are a competitive person, you will want to know everything there is to know in order to win the game, right? Well then, you’re in the right place! So let’s not waste another second and dive right into the World War Doh tips and tricks right here below!

Try taking down the enemy commander

Once the enemy commander is taken out, then you automatically win the game! So no matter if there are still towers or not, if the commander is dead, you won! In my opinion I suggest that you try to kill it first, because it will make a world of difference. But since that may be difficult the more you rank up (because you are matched with stronger opponents) then this is what you should do:

This tower will allow the commander to heal up every now and then, for as long as it stands. It doesn’t have the highest defenses, so what you should do is try to take it down as fast as possible, because then you can attack the enemy commander without worrying that it will heal back up.

The healer tower is on the right side, so try to position all of your offensive troops there. You can wait until Rex hatches and go with Rex, or you can send a ton of smaller units before Rex hatches to try and chip off some of its health.

You get extra medals for destroying all towers

If you destroy both the attack and the healer tower, you will get two extra medals. The third one is obtained when you’ve successfully killed the enemy commander, so if you want to get the others as well, then try to send your troops to take them all.

The best way to take all of the towers is to focus all of your forces on one of them at start (the healer tower as i mentioned before) and then you can start deploying troops closer to the enemy base, because the deploy area will increase.

I suggest that you send out the troops for the towers first and foremost, before you try to get the commander, because that will make him more vulnerable to attacks and disable healing.

Your troops’ commander should always be in a safe spot because if he dies, you lost. That’s why I suggest that you land several attacks with him, because his damage is insane, but never send him alone versus enemy towers and enemies.

So that is something – apart from it, if you see that your commander is alone on the enemy’s territory, retreat immediately! Don’t let him alone there because if the opponent summons some units, then you might end up losing in just a few seconds!

I always like to send my commander behind the towers in case of “danger” because they will have to tank the towers attacking if they want to get your commander. So it is a way to stay alive for longer.

Watch an ad for extra Coins

Sometimes when you open a chest you will get an option in the bottom left corner of the screen which will let you watch an advertisement and receive some extra Coins! That is an option which appears from time to time, and if you are kinda short on Coins, you should definitely do it!

Especially at the very beginning when you open some of the first chests that you got, I really recommend you do this because you will make use of the Coins to upgrade the cards that you have!

Not all matches are victories or defeats

Of course, you will win some game, lose others, and some games might end in a draw! That happens when both of the commanders are still alive, so if you are in a tough situation where you don’t see a way to win, just stall the game until the end – that will result in a draw!

It will be better to end a game in a draw than in a defeat, because a defeat equals a lower ranking, while a draw equals in either a small rank decrease or even increase! So even if all of your towers are dead, if your commander is still alive, you can use the “run for your life” technique. As long as you are moving and keep the distance from the enemy, you are stalling and they can’t attack you.

You will receive various chests with goods once you win games. You can see that they will have different timers, so if you want to get more cards and Coins, you should start opening them ASAP.

The best would be if you can start with unlocking the chests which take the least time. So that means that if a chest needs 15 minutes to open, you start unlocking it first. Then, you can move on to the slightly more lengthy boxes (even though I wouldn’t).

You should always make sure that you have at least a spot empty to obtain a new chest, because otherwise you cannot claim it. So the faster you unlock the chests, the better! That’s why it’s good to start with the fastest ones.

I always prefer to unlock the 15m boxes while playing, and to save the 3h and higher boxes for when I go offline or go to bed even. Then I know for sure I am not playing and I use the time to get new items from the chest!

The Piggy will give you some extra rewards, pretty much like the chests. You will need to win games in order to fill the piggy up, and once it is full, it will explode and give you goods (I know how harsh it sounds, but it’s not as bad actually in game – trust me!). Oh, and make sure that you upgrade the Piggy whenever you can because the rewards get better too!

One of the biggest upgrades you can make in the game is not to the commander, but to the cards – well, the commander too, but the cards are extremely important. That is, because they will get extra stats for the upgrades so if you upgrade them you will spawn stronger units to overwhelm the enemy with the same cost.

You will obtain cards from the chests and from Piggy, so try to always use them and along with Gold, upgrade all the cards that you get. If you got a lot of them and only a small amount of Gold, then it would be best to upgrade the cards which you use the most first, then the rest.

Learn the cards you play

This should go without saying, but you should read the cards you play so that you understand what kind of units they counter, how much they can tank and of course, how good their attack is.

You unlock more cards as you rank up, so try to play as much as possible and once you upgrade your League, you will make more cards available and you can use them once you obtain them. 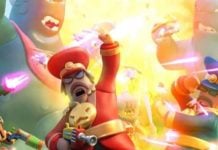