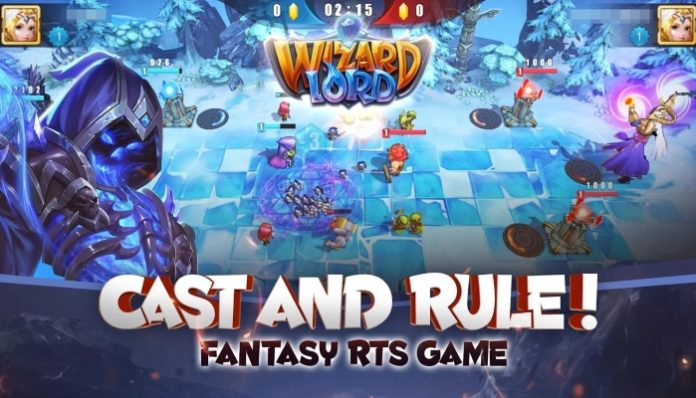 Wizardlord is an all-new mobile fantasy RTS. In an enchanted land, powerful wizards wield mighty elements and spells to dominate the battlefield. You start as an apprentice wizard who will work their way up the leaderboards to become an all-powerful being! With the proper cards and some quick thinking, you will become the ultimate wizard, and our Wizardlord cheats and tips will help you along the way!

Like other RTS PvP games, Wizardlord is all about outplaying your opponent and being one step ahead. We will give you some pointers of that in our Wizardlord cheats, tips and tricks strategy guide!

Wizardlord uses your standard mana system where each unit card costs a certain amount of mana to play. One thing to note is that mana regenerates VERY slowly in Wizardlord making unit decisions incredibly important, as deploying the wrong unit at the wrong time can seriously hinder your efforts.

It is not until the last minute of the game where mana regeneration is doubled, so you can go nuts during that period. But until then, think very carefully about which units you will choose to deploy or spells to cast. 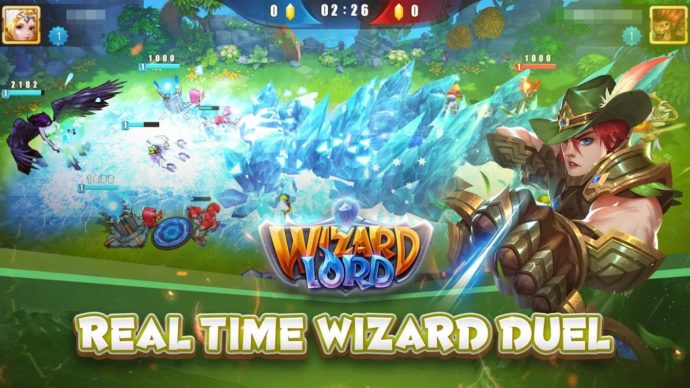 Deploy your unit cards with your soldiers!

Soldiers will intermittently spawn at your towers every so often. These soldiers are the key to pushing into your opponent’s base. One of the tried and true strategies is to wait for your soldiers to spawn in before you spawn any units. You have power in numbers, so try to create a sizable force before assaulting your opponent.

Use lots of spell cards!

Wizardlord is a bit different from other RTS PvP games, as there is more of an emphasis on spell cards, at least early on. When you start the game out, you will only have access three unit cards – The Dead Army, Stone Sphere, and United Power, none of which are particularly powerful. Considering that both Stone Sphere and United Power cost 5 mana, you have to be very careful when summoning them.

In most cases you may be better off just flinging simple fireballs at your opponent’s towers. Magic Lightwave and Amethyst Blast are great for taking out enemy units, but they can also slowly take down towers, and they are cheap as well! 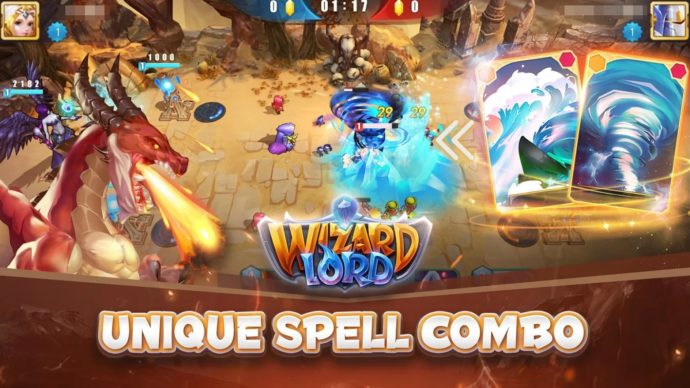 In order to earn new cards, you will need to find and open chests. You can earn chests from winning battles, but you can also get them from completing daily quests. You get three quests every day that must be completed before the day is over, and completing them rewards you with quest points. Earn enough quest points and you will be rewarded with a Gold Chest, which has a guaranteed rare card in it.

Aside from the coin shop, this is the only way to obtain new cards, so it is in your best interest to complete as many quests as possible.

Your units can be further improved using buff spell cards. For example, the Mass Morphing card puts a shield on all friendly units in the area of effect. These shields absorb a bit of damage before breaking, which can give your units the push they need to break into enemy territory. Another buff card Fury increases their attack and movement speed at the cost of health drain.

There are all sorts of buff cards, and how you utilize them depends on what units are in your deck and your style of strategy. They are a great help to any deck, so be sure to include some!

That’s all for Wizardlord! If you have any other tips or tricks to share, let us know in the comments below!