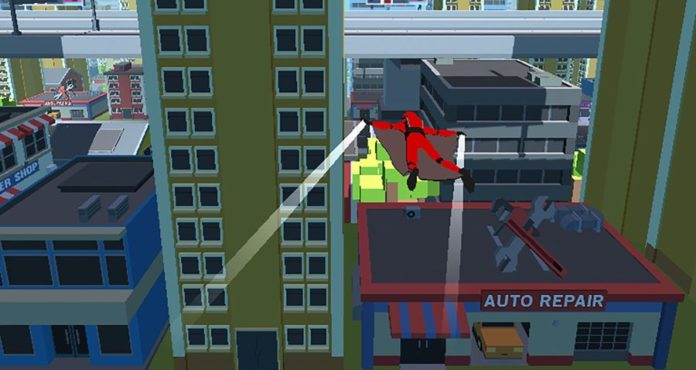 Wind riding is not something that I would have the guts to do in real life, but in Voodoo’s latest game for mobile platforms – Wind Rider – I am an ace. And I am here to help you become one too by sharing a bunch of Wind Rider tips and cheats that will help you win easily.

The truth is that your own skill matters the most in this game – as well as your ability to stay calm when walls seem to be coming towards you, ready to hit at thousands of miles per hour. But for everything else, including the order in which to purchase the upgrades and other goodies, we’ve got you covered.

So let’s get this started and check out some Wind Rider tips and tricks to help you ride the wind like a pro and win constantly.

Don’t finish each stage!
Yes, I’m not crazy! But you shouldn’t rush to complete a stage unless you’re first. And the more times you play it, the better you’ll become and finish first you will. 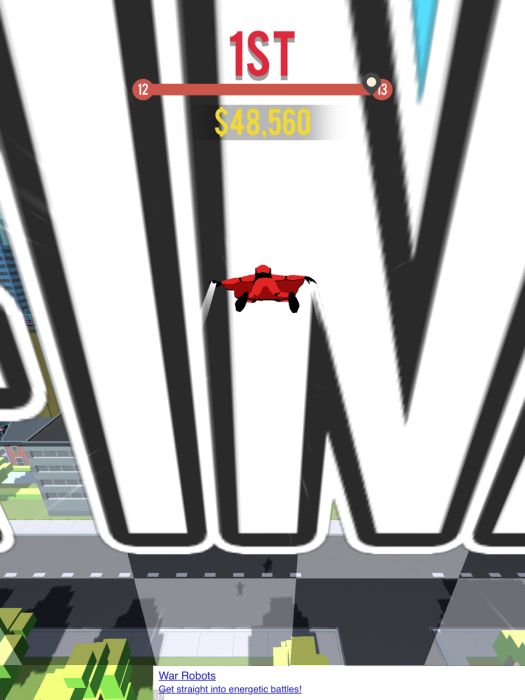 If you don’t complete a stage by getting past the Finish line, you will replay it. Over and over again until you manage to get past that finish line. But you shouldn’t unless you are first – in which case your earnings are increased by 10 times their actual value.

Instead, play and replay the same stage over and over again, learning its secrets, what red circles are easier to go through and learning to scrape by buildings and everything else in order to increase your score even more. You will soon become an expert for that particular stage and you’ll be able to finish first, bagging in the ton of money that allows you to get even better.

If you don’t do this, your AI opponents will start getting better and better, making it more and more difficult for you to actually beat them. So if you’re not first, simply hit an object before reaching the finish line and start over!

Increase your earnings
There’s no real point boosting your earning tenfold if you’re not actually collecting a lot of money along the way. So do it, by flying as close as possible to all obstacles in the game – this gives you points which turn into money.

Don’t risk it too much, but risk it a little bit because you want to earn thousands of hundreds of dollars (and then more as you level up) each time you complete a race… first! 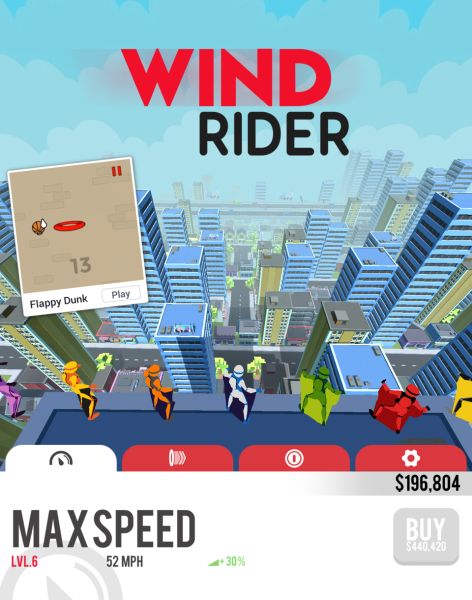 How to purchase upgrades
There’s not a ton of upgrades available for purchase in this game, but I believe that the order in which you get them is important. Further more, you can focus on two particular ones in order to get the most out of each race.

Strangely (or not) the Money earning should be your main priority. The boosts you’re getting with each Level up are insane and you’ll quickly go up from earning peanuts to bringing back home truckloads of money.

Next, I would consider the Max Speed important to upgrade as it helps you stay up there at the front of the pack, but the Speed Up bonus that you get from flying through those red circles is not that important as sometimes speed might become your enemy if you have some tight turns to make in order to catch the next circle.

Circles. Red Circles are everything!
You can maximize your earnings between finishing first by ignoring them completely, but I don’t think that you can actually win a race and get that massive boost of earnings without flying through as many red circles as possible.

So learn where they are – and especially where the easiest ones to fly through are located and get there! Find the closest to each other and quickly navigate from one to another in order to truly become the Wind Rider champion you want to be!

Get rid of those ads
If the ads are annoying (and, boy, they are!) you can easily tap the Settings button in the main menu and purchase the No Ads upgrade.

However, if you don’t have money or you don’t want to spend them on the IAP, you can get past the ads by simply turning off the internet on your device.

Have in mind that this has two major drawbacks: first and most important for you, it won’t allow you to watch ads in order to double your earnings anymore. And second is the fact that ads are actually the payment for the developers of this game. If you really enjoy it and you’d like to encourage them to create more awesome games like this (as well as put food on the table), you should stick to watching the ads, as annoying as they are.

This would be it! If you have other Wind Rider cheats or tips, don’t hesitate to let us know by sharing your comments below.