Home Guides Will There Be a Competitive Scene for Nickelodeon All-Star Brawl? Smash Pros... 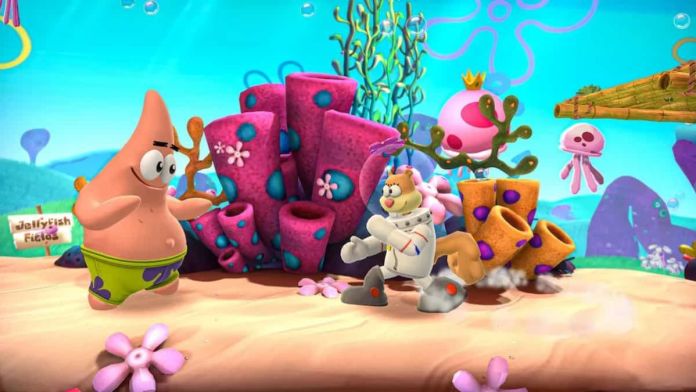 Nickelodeon All-Star Brawl is a new fighting game from Nickelodeon. It’s the sequel to Nickelodeon’s Super Brawl series, but unlike the previous games (which were online and mobile games that played similarly to the Street Fighter games), it’ll be a console platform fighter in the Super Smash Bros. style.

Ludosity is developing the game, which GameMill Entertainment will publish. It will be released in 2021 for PlayStation 5, PlayStation 4, Xbox One, and Nintendo Switch.

Among the numerous communities born from the video game industry, few are as popular as competitive gamers. Since arcade games introduced high scores, people have competed against one another, and dozens of different competitive gaming communities have sprung up around nearly every video game genre. Perhaps the largest of them has been the ever-expanding world of fighting games, which is about to expand even further with the upcoming release of Nickelodeon All-Star Brawl.

Not only will the game, which Ludosity and Fair Play Labs are developing, have superior netcode – something that Nintendo’s Smash pros were embarrassed about – but it will also have dedicated competitive stages.

In most cases, stages designed for competitive play will not include anything that could be considered luck or RNG-based, such as platforms that appear at random or uneven sections. Fans are understandably surprised that this game seems to have better default competitive options than Smash Ultimate.

On the surface, Nickelodeon All-Star Brawl appears to be a straightforward Super Smash Bros. clone featuring cartoon characters. However, recent leaks indicate that it will be significantly more.

Nickelodeon All-Star Brawl has been demonstrating its game mechanics and what players can expect from a match, and it’s clear that a great deal of effort has gone into making the game a legitimate platform-fighting experience. With everything that has been demonstrated thus far, Nickelodeon All-Star Brawl may be able to carve out a niche for itself in the competitive fighting game scene.

This is wild. Do you think Nickelodeon All-Star Brawl will be better than super smash bros ultimate? Let us know in the comments below!

Will There Be a Competitive Scene for Nickelodeon All-Star Brawl? Smash Pros Weigh In