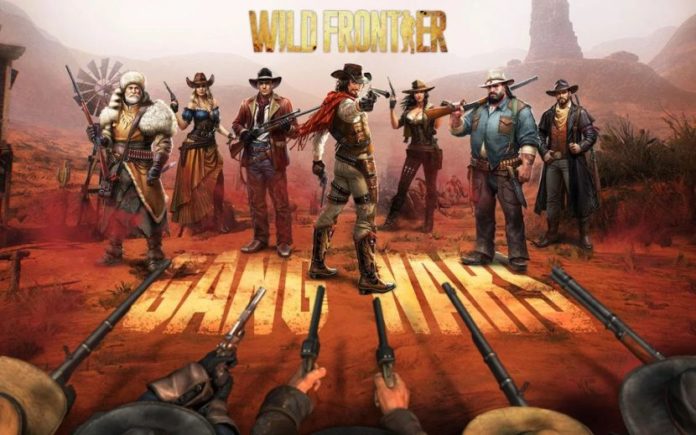 Wild Frontier is a beautiful strategy game with a Wild West theme and tons of eye candy, from the actual beauties you can woo to all the other visuals in the game. And we’re here to help you do better by sharing a bunch of Wild Frontier tips and cheats in our complete guide for beginners and more advanced players alike.

Even though Wild Frontier follows similar mechanics to other strategy / base building games out there, it still has some unique features and things to consider, which will be covered in today’s game.

1. Farms are insanely important in the game

Unlike most other similar games where resources are aplenty especially early on, Wild Frontier really challenges you with the food/farm situation from the beginning.

All the troops that you train require food to exist and very soon you will find that you are producing way less than needed, even with fully upgraded farms and boosts.

This can still be solved easily early on by using food packs and gathering or attacking other players, but you should still do your best internally and keep those farms running at optimum capacity.

In other words, make sure that you always upgrade all farms to the maximum level and boost their production: ideally, wait until the farms are of a decent level (at least 10, I would say) before you start boosting the production, otherwise the bonuses will be minimal.

Also invest Talent Points and Research to boost food production before anything else (more on these later on in the guide).

2. Focus on upgrading your Town Hall

Usually, my approach in games like Wild Frontier is to take everything methodically: upgrade the Town Hall, then max out all the other buildings before moving on and upgrading the Town Hall again.

But here, I think that your best bet is to focus on getting your Town Hall to level 10 ASAP. This will come with all sorts of benefits, the most important being that you will have some decent farms available to keep food production on the green (or at least close.

You will also unlock the vast majority of building types in the game at level 10 and progress through the main story enough to be in a nice place at this point.

So, in conclusion, rush to Town Hall level 10 ASAP, then catch up with the more important buildings: Farms, Troop producing units, hospitals and everything else.

3. Use the boosts wisely

There are all sorts of boosts that you can use in Wild Frontier, from the ones giving you bonuses to production to those speeding up various things in the game, like building or training.

These should be used wisely, but not hoarded. Even though the time required for upgrades will go up at a very fast pace, at the same time your 1 and 5 minute boost will become less and less valuable with time.

In other words, a 1 minute boot will have a greater impact when the total upgrade time is 20 minutes than when it’s 8 hours. So use these wisely early on to progress as fast as possible and upgrade as many buildings as you can using the boosts.

A different approach is required with the other boosts: those that increase food production (or anything similar) are best used when your buildings are of a higher level in order to really make them count.

Doubling food production when you are making 1,000 food per hour is useless, but when the same farm is already producing 3 or 4 times more, doubling that gives you a nice boost.

I always consider side quest rewards (and even main quest rewards) as resources waiting to be used at the right time.

There is no point in collecting the rewards for all the quests you will complete (and there will be hundreds of them) if you don’t really need those resources. Keep them for when you’re low on resources and collect then.

The main thing that you need to consider here is the fact that you’re also gaining experience with those quests, which helps level up your character, which in turn unlocks additional talents.

But even so, the XP boosts are not that huge overall and I would still recommend you not to collect all those rewards if you don’t really need the resources.

When you are online, make sure to attack the highest level outlaws that you can defeat easily – do it over and over again until you have no Stamina left.

You will get lots of great rewards from doing so, including more unique rewards that are difficult to obtain otherwise, like materials for crafting gear or upgrading the Command Center.

Rallies are even more useful as they give better rewards, but for completing these, you need to be in an active alliance.

When you start the game, you can only send one army to attack or gather on the map. While you don’t really have troops to send more early on, after just a day or two you could really use a second march slot.

While you can purchase these with real money, you can also unlock the second slot for free by researching in the Military Skill Tree until you reach “More Troops I”.

You will eventually get the March Troops II research option, but much, much later in the game. However, the +1 army slot can be unlocked in probably less than 24 hours after starting the game: make sure you do so!

Even though they’re a real pain because of the maintenance costs associated to keeping them alive, soldiers are obviously vital in Wild Frontier and I recommend you to train them constantly: always train maximum amounts of the best units you can.

Even though you will have trouble covering for their maintenance costs, you need large armies to not only defend your city, but defeat higher level outlaws, beat raids and most importantly gather larger amounts of resources.

So having large armies, even though expensive, is the only way to go!

An interesting feature that the game introduces are Beauties. You can access them from the Saloon, where you can play card games to boost their affection or date them.

Both these things will reward you with various bonuses, from passive boosts (that require a lot of time to unlock) to more active ones, like extra VIP points that you get from Wooing a beauty.

At the moment, there are just three beauties available in the game and I recommend focusing on the first one (Mary) as her boosts are focused more on PvE and therefore more useful early on.

The game constantly has events running and you should always focus on completing as many tasks as possible there, because the rewards are extremely useful, ranging from tons of boosts and resources to more premium items and Hero Shards.

You should actually adjust your game and plan for future events. For example, The Magnificent gives you points for using Hero Badges and XP boosts, so you should only use them when this event is active (once per week at the moment).

Plan your game based on these events in order to max out performance.

From sending rallies constantly with your crew mates to receiving boosts from the Alliance tech tree and even protection from becoming a farming target, alliances are extremely important.

But one usually overlooked factor is the time zone (or members’ activity hours): you don’t want an alliance that is just large and powerful, you want one whose members are online when you are in order to be able to launch attacks together and easily get benefits.

Once you find the solid alliance you’re looking for, use a teleport to get near your teammates and start your quest to rule the world!

11. How to invest your Mayor’s talents

As you gain experience in the game, your Mayor levels up and gains Talent points that can be invested for all sorts of bonuses in the game.

But since these talent points are limited in numbers and there are ton of skills you can invest in, you might be wondering where to put them.

While the Military category is the most obvious place where you need to dump most of your points, since a strong military helps you do better in all areas, I would recommend you not to ignore a few vital talents early on.

For starters, invest in the Development section until you max out the Food Production: you only get a boost of 5% there, which is not much early on, but begins to matter as you upgrade your farms later.

Also, increasing the Troop Load under the Support category is a wise move as it lets your troops gather more resources whenever you send them out.

But apart from this, focus on the Military skill tree, focusing on getting to the main skills: increased march capacity and speed.

Heroes in this game are, at least at the moment of writing this guide, a pretty much Premium feature. In other words, it’s very difficult to unlock them without spending real money.

The nice thing is that at the moment there are huge discounts everywhere, making some of the heroes extremely cheap – at least the Purple ones.

For example, you can unlock Bessy as a first purchase bonus (for spending $1), although she’s not really the best hero in the game.

Wilson and the other Purple heroes are on sale right now for $10, and I recommend you to get Wilson as he seems to be the better of the bunch, boosting Cavalry mostly and eventually getting to unlock a skill that allows him to send more troops in battle.

You can get Blue heroes slightly cheaper (with in-game premium currency), the best of the bunch being Gordon.

Orange heroes are extremely powerful and useful, but at the same time insanely expensive and I don’t think they’re worth investing in just yet. I am sure that there will be events or special offers to make them more affordable in the future.

Don’t forget about all the in-game features that you won’t use too often, but which can definitely help in the long term, like crafting Gear for your Mayor in the Armory.

Gear can be crafted, enhanced and dismantles when better options become available. I recommend you not to improve the first set of gear as it will become obsolete soon, but starting with Blue Gear, work on getting the most out of each items that you craft and equip.

You will get materials from crafting mainly from attacking outlaws and winning rally battles, so make sure that you do it as often as possible.

The golden rule of thumb in this game is to make sure that you always send your troops to gather resources when you are going offline.

15. Stay online as much as possible

The game rewards you with all sorts of bonuses for simply staying logged in to the game and it wouldn’t hurt to connect your charger and let the game running, collecting those rewards when they become available.

While the early rewards are not that impressive, once you reach the 20 minutes mark, they do get much better and you will get some really useful items simply for keeping the game running!

This would be all in terms of Wild Frontier tips and tricks for you today. We’ll get back with more in depth articles covering the various aspects of the game, but until then, don’t hesitate to share your own advice or questions below.