Home Game Guides Who is Ulgrim in Brawlhalla 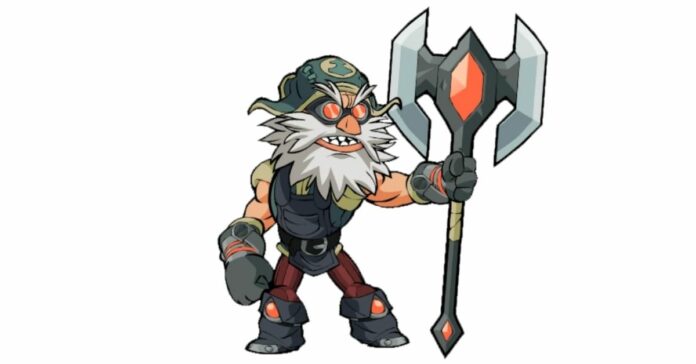 Brawlhalla players have seen a character with a mighty white beard, with a mustache and eyebrows that are impressively spiky. He is dressed in a dark gray leather smith’s apron over a tan work shirt. You will also see a simple gray leather cap that bears the symbol of Mjolnir on him. His eyes are perpetually covered in thick orange gem-glass goggles that match the gems on his weapons. Ulgrim can forge fantastic weaponry, which significantly helps him in the eternal tournament. He puts the same energy level into fighting with his creations as is spent making them. Do you want to know who the mysterious Ulgrim is in Brawhalla? Great! We have prepared a detailed guide covering this. Keep reading not to miss a thing!

Ulgrim is a dwarven Legend in the game who is called a Dwarf. This character’s full name is Ulgrim Ivaldison, and his title is the Unyielding Anvil, Son of Ivaldi. The bot’s name is Ultragrim, and his gender is male.

RELATED: How to Get the Hraesvelgr’s Eyes Blasters in Brawlhalla

Ulgrim is the owner of two weapons (primary and secondary one). The first one is called Bellow’s Breath, and the second is called Raging Furnace. His stats are six strength, three dexterity, seven defense, and six speed. If one wants to unlock him, they will need to spend 5400 Gold or 100 Mammoth coins.

So, now you know who Ulgrim in Browlhalla is. Keep playing the game and have fun!

Who is Ulgrim in Brawlhalla