Home Game Guides Who is the Trickster in Dead by Daylight 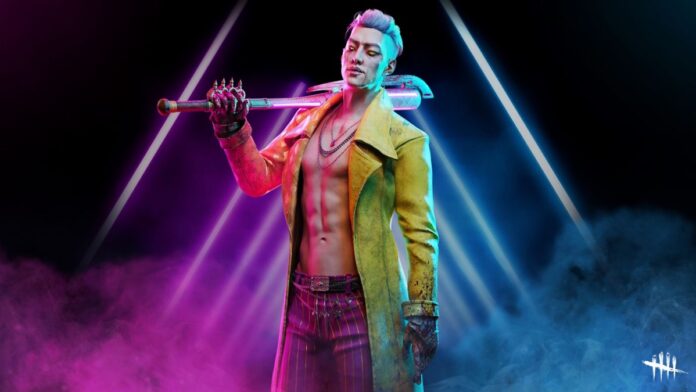 Dead By Daylight has 27 Killers currently available to play, and The Trickster is one of them. He was introduced in the All-Kill chapter, released in March 2021 along with Survivor Yun-Jin Lee. Trickster, real name Ji-Woon Hak, started out as an attention-seeking child in South Korea with a talent for skilfully throwing knives to entertain the crowds. He was soon recruited and trained to be a polished superstar, eventually becoming part of the band No Spin. During one recording session, there was an electrical fire and the rest of the band lost their lives as Ji-Woon looked on, reveling in their screams as they cried out his name, begging for help.

The Trickster’s Lore in Dead By Daylight

After the tragic deaths of his bandmates, Ji-Woon was rebranded as a solo artist—The Trickster—and his fame grew beyond anything he could handle. He sought the same empowering feeling he got from hearing his dying band mates call out his name by abducting and murdering each victim, and recording their anguish. The recordings were manipulated and hidden within The Trickster’s tracks and they became his masterpieces.

The publishing executives at Mightee One Entertainment grew tired of his artistic expression and demanded he made generic people-pleasing tracks. The Trickster was told he could no longer produce his own music. This was unacceptable and he swore to take his revenge. The Trickster used the execs as his final masterpiece, each one tortured to make the ultimate track before he was taken by The Fog, cursed to exist eternally sacrificing Survivors to The Entity.

The Trickster’s Power and Perks

The Trickster’s power comes from his talent with knives, and can throw them at amazing speed and accuracy. His power, Showstopper, gives him 44 Blades which he can reload at lockers around the map. The blades are a ranged attack, and can be thrown one blade at a time or in a flurry. When throwing a flurry of blades, The Trickster’s movement speed is slowed down. A Survivor must be hit with 6 blades to fill the Laceration Meter—when this meter is full, the Survivor loses a health state. The meter will decrease when they are no longer being hit with a blade for a while.

The Trickster’s Special Attack is The Main Event. This is where Trickster can automatically throw a flurry of blades with no slowdown. Each blade hit fills the Event Meter, and when it is full, The Main Event begins!

The Trickster’s perks are teachable from level 30 (Starstruck), level 35 (Hex: Crowd Control), and level 40 (No Way Out).

Let us know in the comments below what your favorite perks are to use with Trickster!

Who is the Trickster in Dead by Daylight