Home Game Guides Who is the Ghost Child in Virtual Families 3? – Answered

Just like its predecessors, Virtual Families 3: Our Country Home is a life simulator that entails the player taking care of their little virtual family. Along with that come the various options to renovate your house set in the scenic countryside.

This very house was previously owned by a couple named Kevin and Rachel, who have left behind an eerie mystery for players that will leave them with their mouths hanging and their hair on end.

Who is the Ghost Child in Virtual Families 3?

The Ghost Girl in Virtual Families 3 is none other than the deceased daughter of the previous owners of the house, Kevin and Rachel. The Ghost Girl is also commonly referred to as the Little Girl.

The Ghost Girl was only five years old when she passed away due to unknown and mysterious circumstances, after which the parents moved out of the house. Possessing a translucent, ethereal appearance, the Ghost Girl occasionally appears whenever the lights in the player’s house mysteriously flicker.

Whenever she appears, she is automatically selected. The player cannot pick her up or view her profile, however, nor can any of the members of the family interact with her. Her status always appears as “Disturbed.” She is seemingly looking for something, which is her special doll that her family left behind when they moved out.

The doll will randomly appear in your house. When it does, put it up on the shelf for the Ghost Girl to calm her down and make her disappear. The Ghost Girl will not go away until she finds her special doll, so you need to be patient. 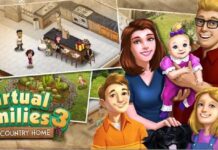 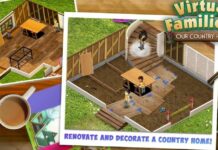 How to Get Unlimited Money in Virtual Families 3