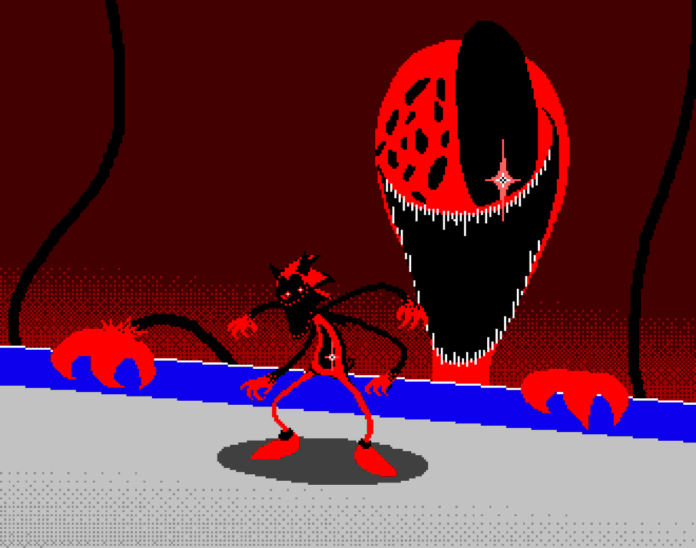 Sonic the Hedgehog is a character that is known all over the world. Sega created many games with him as the main character. And also you have probably seen several multi-series and comics about him. However, on the network, users began to find creepy images of black and red Sonic. And in this guide, we will tell you who Fatal Error Sonic is.

Fatal Error is a scary character created by AnarackWarriorsStudios on December 12, 2020. He is a computer virus that puppets Sonic’s mutilated body. However, to understand who Fatal Error Sonic is, you need to know his backstory.

It all started with an artificial intelligence named Iris. She has created thanks to the hard work of her creator and was supposed to be the most perfect AI of all. However, the more she studied, the more questionable things she began to do. Therefore, its creator tried to disable it. Unfortunately, he did it incompletely, which caused the AI ​​code to get badly messed up.

After that, Iris called herself Fatal Prime and completely took control of her creator’s PC. She started making copies of herself and sending them to other PCs to compile code for her. Thus, Fatal Prime became stronger. And one of its copies became even more broken, which is why it received the name Fatal Error.

Related: What are The Backrooms? – Backrooms Horror Series Explained

Fatal Error ended up in a random PC, and the first file he wanted to mess with was Sonic 3 & Knuckles ROM. He chased after Sonic, ripped out his arms, and took over his body. Thus he took his form. Then he also mocked the rest of the characters in the game.

After that, he had to fight Fatal Prime and lose. But despite this, Fatal Error Sonic was able to separate from the AI. And then he went on a journey through various PCs, to fulfill his plan called EMPEROR.

That’s all you need to know about a character like Fatal Error Sonic. You can also find it as a mod for Friday Night Funkin’. We hope this guide was helpful to you.