Home Guides Who are the Best Champions in Clash Royale? 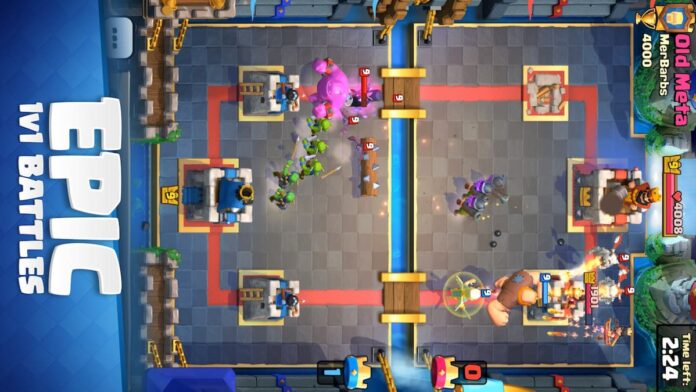 Recently, the clash arena saw some significant upgrades that included the introduction of champions. These unique characters will be at every player’s disposal at king level fourteen.

Thanks to the developers, the experience and effort that players need to upgrade through the ranks have been reduced. This means that these unique characters are closer and easier to acquire than you think. Without further ado, let’s go through the best arena champions.

Undoubtedly, she is the strongest of all. However, like all other champions,  she has her role, strengths, and weaknesses. Fans of clash royale and clash of clans will be familiar with the cloaking cape that she dons with pride. Her cape allows her to shoot arrows at extreme rates while remaining invisible.

The result of her strike is debilitating damage for the enemy, who can only retaliate when the cloaking ability wanes. Also, she has a cooldown of eleven seconds, and she is best in defense when you wish to counter a push.

You can also use her in a counter push and to take out characters like mini Pekkas and a lumberjack. Do not use her as a lone ranger if her level isn’t on par with the opponent’s counter army. Her invisibility time of 3.5s requires judicious and strategic use.

As its name implies, this character uses the dead to destroy his adversaries. His ability allows him to resurrect the deceased and use them in his fight but this time as a minimum of six skeletons.

His weaknesses are his splash radius and damages, but he is particularly useful if you place him in defense against a push. He is also best used in beatdowns, spawner, and graveyard decks. However, characters like mother witch, Valkyrie, and mega knight take him down easily.

He might have a pretty enticing look but don’t be fooled. His ability enables him to bulldoze his way through his adversaries while delivering debilitating attacks without fear. If you wish to destroy the farthest members of the opponent’s push, punish an opponent that wasted excess elixir, or add pressure with a strong push, the golden knight is your best bet.

His cooldown is eight seconds, and his abilities increase with upgrade level. This unique character can be used with almost any deck; however, any tanky troop can take it down. Besides, he can also be used to activate the tower.

To sum it up, remember that these champions will be at your disposal freely at king level 14. If you’ve not reached this level, the game has unique challenges where you can deploy them. Also, you can only enable and deploy just one champion at a time. When unlocked, the champions start at level 11, and you’re free to upgrade them as you wish. An important recommendation is to note their abilities, cooldown time, and notable counters.

Who are the Best Champions in Clash Royale?