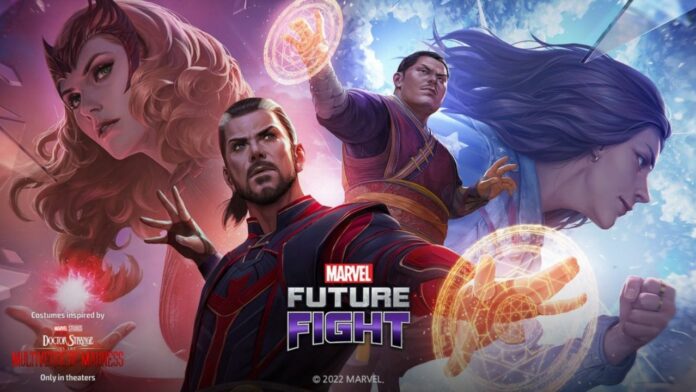 Marvel Future Fight is among the best mobile role-playing games available on iOS and Android, thanks not only to its engaging experience but also the amazing support developer Netmarble has been providing to the game, constantly adding new characters and features to keep players engaged.

The Marvel Future Fight April 28 2022 update introduced plenty of new content to the game inspired by the aforementioned Doctor Strange in the Multiverse of Madness of movie.

Following the update, players can unlock new uniforms for Doctor Strange, Scarlet Witch, Wong, and America Chavez inspired by the movie. In addition, it is now possible to bring Wong to Tier-3.

The additions included in the new Marvel Future Fight update don’t end here. The update introduces a new Multiverse Invasion co-op mode that allows teams of three players to join together and clear a stage in real-time. A Marvel Universe feature has also been added to allow players to check out not only the game’s heroes, but also all items.

In case you still haven’t played Marvel Future Fight with the new update, and want to check out the new additions before doing so, you can check out a new trailer focused on the new content right below.