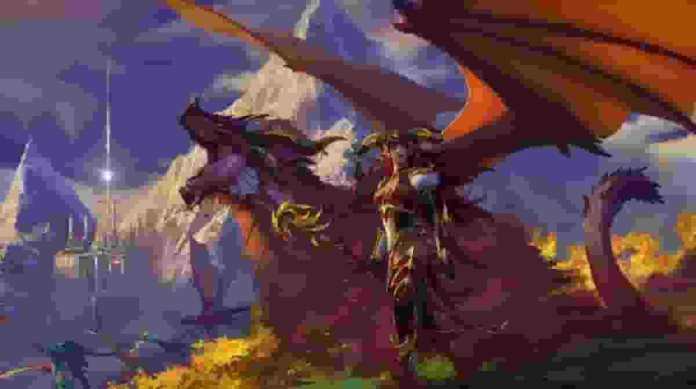 World of Warcraft: Dragonflight, is the ninth expansion for the popular long-running fantasy MMORPG that has introduced a ton of interesting features like Dragon Isles, a new environment, and the ancestral home of the Dragon Aspects.

WoW has a history of placing rare elite mobs across different continents to test you and give them a chance to win big rewards. And the developers have continued that tradition in WoW: Dragonflight as the game has up to six rare elite mobs in Waking Shores that you can battle. So in this guide, we’ll be looking at where to find Battlehorn Pyrhus in WoW: Dragonflight.

Like many other creatures in WoW Dragonflight, the Battlehorn Pyrhus is a pretty difficult one to defeat but if you’re able to put it down, you’ll be rewarded handsomely. The mob has two main story quests, two weekly quests, and two rare World Quests for you to complete.

You can find the Battlehorn Pyrhus in the Obsidian Citadel, a gigantic structure in the southwest of the Waking Shores (28.98 59.07) and there are lots of hostile mobs in this location that you’ll need to fight as well.

So if you’re looking to take down the mob and do it fast, we advise going in with a group. Once you’ve put down the Battlehorn Pyrhus, you can also skin its corpse which will give you Dense Hide Reagents and Leather.

That’s where and how to find Battlehorn Pyrhus in WoW: Dragonflight and although it can be pretty challenging to track down, the rewards you get afterward by defeating is worth it.