Home Game Guides Where to catch Tinkatink in Pokemon Scarlet and Violet – All Tinkatink... 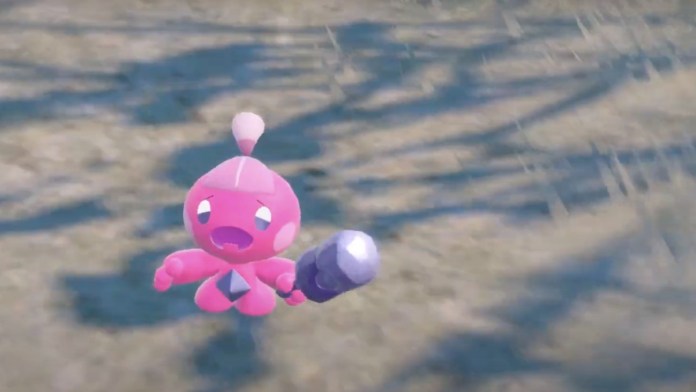 One of the most adorable brand-new Fairy-type Pokemon in Scarlet and Violet is Tinkatink, the blacksmithing Pokemon. This little master crafter spends their life perfecting their beloved hammer until they are satisfied with it. Sometimes, the hammer will be stolen by metal-eating Pokemon as well.

If you’re as enthralled by this Pokemon as we are, good news – it’s readily available to catch in the game in many different locations. This Fairy/Steel-type will be a powerful asset to your team, being able to resist many of the weaknesses Fairy-types normally face thanks to its Steel typing. This is where to catch Tinkatink in Pokemon Scarlet and Violet.

RELATED: How To Wash and Clean Your Pokémon in Pokémon Scarlet and Violet

Tinkatink has two evolutions. At level 24, it evolves into its middle form Tinkatuff and then becomes Tinkaton at level 38. There are no special requirements for evolving it, all you have to do is train up to the designated levels. The abilities it can have include Mold Breaker, Own Tempo, and Pickpocket. Tinkatink is also in both versions of the game. It is found all over the region, so whether you want to capture one late or early is up to you.

Where To Catch Tinkatink in Pokemon Scarlet And Violet

Where To Find Tinkatink In Tera Raids

Throughout the region, you’ll see gem formations giving off a glowing hue. These are the portals for Tera Raid battles, where you can battle a Tera-evolved Pokemon. When you approach it, you’ll see the shadowed outline of the Pokemon on the formation screen. For Tera battles, you’ll want to pay attention to the icon in the upper right-hand corner of the preview screen, as it will tell you the Tera type of the Pokemon so that you can bring the appropriate unit.

Now that you know where to find Tinkatink, you can add it to your roster of other fabulous Pokemon! Touch Tap Play is covering the game’s other new Pokemon, so stayed tuned for those!