Home Guides When Will Minecraft Frogs be Added to the Game? Answered 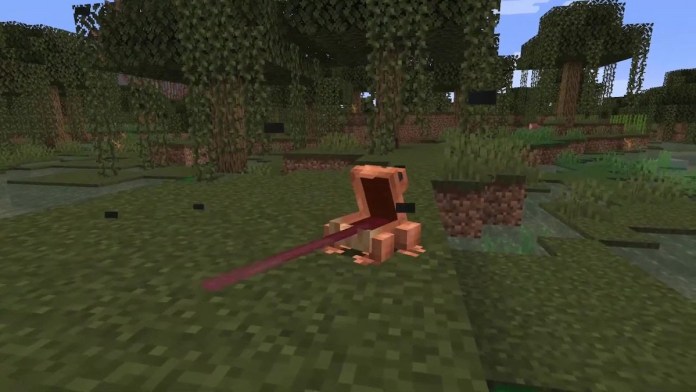 Earlier this year at the Minecraft Live, Developers Mojang announced that the game’s next major update is going to be “The Wilds” and will feature various types of frogs in the game.

Mojang also stated that there will be a ton of new biomes and blocks. However, the new inclusion that is more eye-catching to the players are the Minecraft frogs.

The forthcoming update will bring Frogs into Minecraft, making them both peaceful and cold-blooded creatures in the game’s history. Since they’re grown from tadpoles, the frogs will come in different varieties, and they’re chosen depending on the temperature of the biome they grow up in.

Every colored frog does something unique from the rest, but the developers have yet to decide on what these traits will be.

There’s no exact date for the frog update release just yet, but it’s scheduled to arrive sometime in 2022.

You can find them at the recently announced Mangrove Swamp biome, where you can spot them hopping on lily pads while munching on fireflies. They look adorable, and we cannot wait to see them when the update gets released.

The announcement gave us a glimpse of the frogs, and they look very good. Sadly, players will have to wait a while before they can actually get to see the little guys firsthand in Minecraft. So while there’s no specific date for The Wild update, it’s set to arrive anytime in 2022.

When Will Minecraft Frogs be Added to the Game? Answered