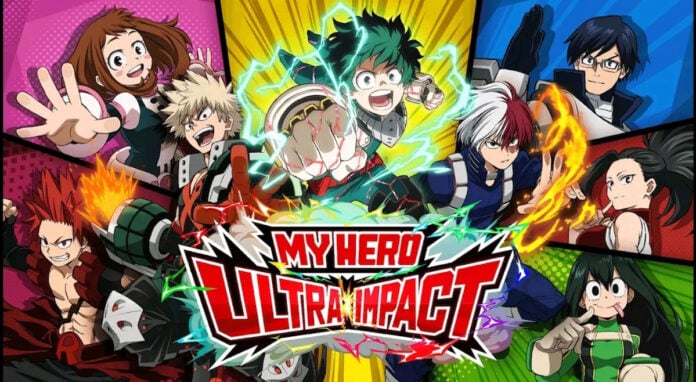 Banda Namco Entertainment has announced that its highly anticipated My Hero Ultra Impact will be released globally for mobile in 2022.

The game first made its way to mobile in May 2021 when it hit Japan and surpassed three million downloads in a year. My Hero Ultra Impact game is adapted from the acclaimed TV anime, My Hero Academia.

The upcoming game will see mobile users as well as fans of the TV anime relive the events of the anime through an exciting touch-based 3v3 role-playing gameplay. Players can also access each of the hero’s individual quirks with a simple tap.

So when will My Hero Ultra Impact release on mobile?

My Hero Ultra Impact is currently available for pre-registration on both Android and iOS and you can go ahead and pre-register for them with the links below. However, the developers have not yet announced a specific release date for the upcoming RPG title.

For now players can simply pre-register for the game and wait for the developers to make an official announcement on when it will be released globally. But considering the minor success the game has received recently, it could mean there’s very little to be added and we might be getting a global launch sooner than later.

One of the most anticipated feature of the game is its story mode which will allow players experience the feel of using the original characters from the anime series. Heros can also be customised and improve interactions between them and collect new illustrations as well.

You can also enjoy the game in 2D animation by setting the UR card from the home screen. The English version will also bring all of the characters, updates and events contained in the Japanese version that garnered over three million downloads since it launched in May last year.

Players who pre-register for the game will also be rewarded with up to 500 Gems each and the number of each Hero Gems will increase after each milestone. There’s also a PvP mode where players can create teams of heroes, villains, Hero Base and many more.

My Hero Ultra Impact is scheduled to launch globally in 2022. So be sure to keep your eyes out for a notification from your respective App Store of the game’s availability.