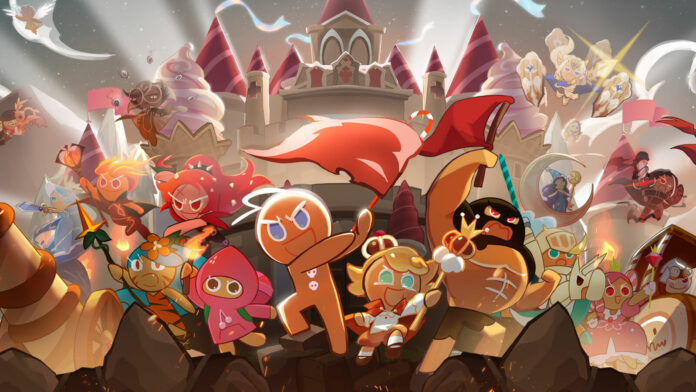 Cookie Run: Kingdom has an ever-growing library of characters that is getting ready to add a new Bomber Cookie to its collection. Captain Caviar is a cookie that players have waited long to get their hands on and now they can finally use it in Cookie Run: Kingdom.

The game developers took to Twitter to make the announcement of Captain Caviar as well as the arrival of Black Pearl, a new legendary Cookie and a brand new game mode called Black Pearl Islands. So in this article, we’ll be telling you when is Captain Caviar Cookie coming to Cookie Run Kingdom.

Captain Caviar is scheduled to make his Cookie Run Kingdom debut in the game’s next update which will go live on September 6 (GMT+9). So we advise players to gather as many gems as they can before the update becomes available so they can easily get their hands on Captain Caviar and other new Cookies.

With that said, Captain Caviar will become available in Cookie Run Kingdom once the after the update goes live. The Cookies’ announcement came as quite a surprise to the Cookie Run Kingdom community and created a slight buzz around the Epic Bomber.

Some players are already familiar with Captain Caviar as he appeared as an NPC many times after the Council of Heroes update as an elder of the Crème Republic Convocation of Elders. As one of the most influential leaders on the council, Caviar’s addition as a playable Cookie is a major addition to the game’s storyline.

Detailed stats of the Captain isn’t available for now. However, the little in-game description is as follows: “An Elder of the Republic and the Captain of the Salty Shark. – Ferocious like a pirate he may be, but this Captain will always have your back!”

The announcement poster for Captain Caviar shows that he is a Charge Cookie whose preferred position is Middle. This makes Captain Caviar the first Charge class character to have such configuration in the game and players cannot wait to get their hands on the character.