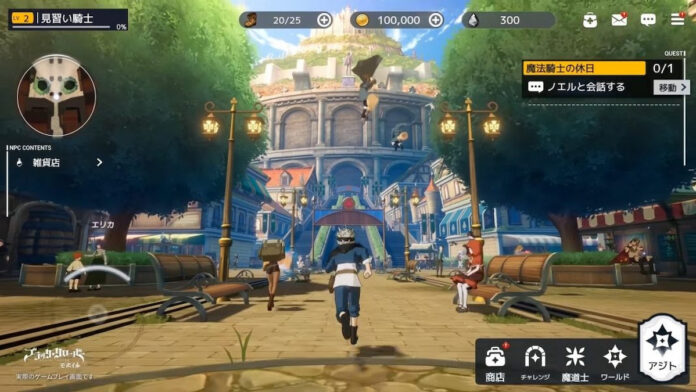 The game, which will first arrive in Japan, is based on the iconic Black Clover series and is set to make its way to mobile as an action RPG. The recently showcased video depicts a Genshin Impact-style RPG where players can indulge in the biggest events of the manga and anime.

Black Clover comes with some unique features, such as not limiting the protagonist to Asta alone. Players will be able to use other characters as their protagonists and explore the world with them.

There are bound to be more characters making their way to the game in future updates. The available characters at the moment are all from the anime’s Season 1.

Some players may have already added this game to their most anticipated games of 2022 list from seeing its screenshot and the fact that it is similar to Genshin Impact. However, the game’s visual quality isn’t very surprising as the mobile platform has handled other heavy detailed games, such as Grid Autosports, Call of Duty: Mobile, and PUBG.

Black Cover Mobile is set to launch on Android and iOS sometime this year. The developers are yet to announce a specific release date for the game, but it has been confirmed that it will arrive on mobile in 2022.

Vic Games Studios is a new South Korean studio that is a subsidiary of Pearl Abyss, the publisher and developer of the successful Black Desert Online as well as the much-anticipated Crimson Desert and DokeV.