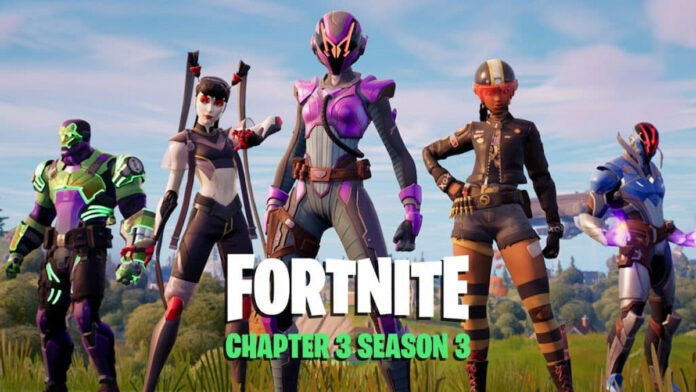 Fortnite Chapter 3 Season 2 kicked off massively by bringing the Imagined Order and The Seven to a head with the introduction of red and blue lines that divide the island, drivable Battle Bus, and of course, tanks.

Undoubtedly, there’s still a lot of content to expect for the remaining duration of Chapter 3 Season 2, like Prowler skin and elusive Super Styles in the Battle Pass. It’s always thrilling to take a look ahead at what’s to come next, as Epic Games is full of surprises.

When does Fortnite Chapter 3 Season 2 end?

Fortnite’s Chapter 3 Season 2, one of the game’s most exciting Chapters, is set to conclude when the current Battle Pass expires on June 3, 2022.

The game’s two previous seasons have concluded on a Saturday weekend, although the current season appears to be aiming for a Friday conclusion, as long as it comes to an end on the aforementioned date. And if does work out, players will have an entire weekend to have fun in the massive update.

However, there’s a possibility of Epic Games extending Chapter 3 Season 2 as it’s a move they’ve pulled off in the past. However, it seems unlikely as the previous seasons have ended as scheduled.

When does Fortnite Chapter 3 Season 2 end?