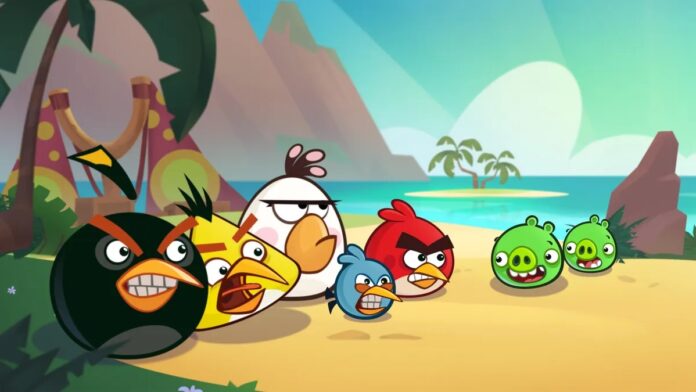 The Angry Birds series has always been extremely popular since the days of the very first game, and for a very long time, the franchise by Rovio has been synonymous with mobile gaming.

Times have changed, however, and so has the Angry Birds series. While no longer being the most popular mobile gaming series, it is still doing quite well, as Rovio is continuing to release new entries in the series, and supporting them with new content.

Among the latest Angry Birds games released by Rovio is Angry Birds Reloaded. Here’s what’s new in the game, compared to the original.

Angry Birds Reloaded, which launched as an Apple Arcade exclusive game last year, is, pretty much, a reboot of the main series, as it established a new timeline that is set to unify the entire series while bringing back the engaging physics-based gameplay of the original game.

While the gameplay experience is very similar to that of the original Angry Birds, Angry Birds Reloaded expands on it in a lot of different ways. For starters, the game features a lot of new characters that join the rest of the main flock. Most of the additions, which also include new pigs, are inspired by the Angry Birds movie universe, so you will still see plenty of familiar faces.

Alongside many returning stages that are part of the traditional main play mode, Angry Birds Reloaded also features a new game mode where players will have to deal against Eagles, as opposed to pigs. One of these eagles, Mighty Eagle, has also recently joined the playable character roster.

As Rovio is continuing to support Angry Birds Reloaded with new content regularly, you should expect more new features to eventually make their way to the game. If you are subscribed to the Apple Arcade service, give the game a spin: its gameplay experience is just as enjoyable as it was back in the day!