Home Guides What Resolution Does the Steam Deck Support? – Answered 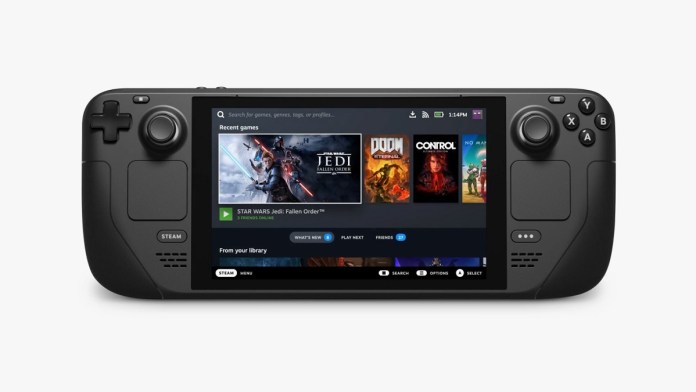 The Steam Deck is a handheld gaming computer developed by Valve and Advanced Micro Devices, released on February 25, 2022. The Steam Deck can be played as a handheld or connected to a monitor in the same manner as the Nintendo Switch.

The Steam Deck is capable of handling and running high-end AAA titles, such as the recently released Elden Ring. Due to its high hardware specs running on an AMD APU with 16GB of LDDR5 RAM, running most games smoothly should not be an issue.

On the display aspect side of things, the Steam Deck runs on a 7″ diagonal optically bonded IPS LCD display, with a maximum resolution of 1280x800px on a 16:10 aspect ratio. With a 60hz refresh rate, most screen tearing issues on that resolution should be taken care of.

With all of these specs, it is safe to say that the Steam Deck is basically a gaming PC masquerading as a handheld device. However, with great power comes great battery consumption as well, because most higher-end AAA titles like God of War can eat through the battery life of the Steam Deck in about an hour of gaming. While the device still provides close to optimal 60fps on most titles, lowering the max FPS to a hard 30fps lock should almost double the battery life of the device, providing adequately long gaming sessions.

With strong Bluetooth and WiFi capabilities along with slots for multiple peripherals, gamers of all and every kind can play their games in different ways, allowing for connection to bigger monitors and television screens as well.

What Resolution Does the Steam Deck Support? – Answered