Home Guides What is the Rampage In Monster Hunter Rise? 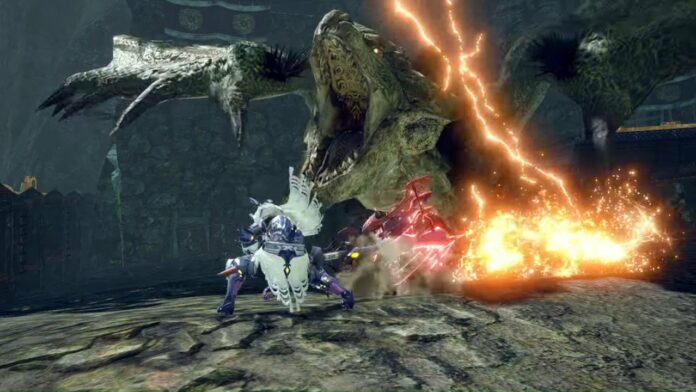 Despite not being all that different from previous entries in the series, at least at first glance, Monster Hunter Rise does introduce tons of new mechanics that do make the game feel like a new entry in the series, and not a rehash of already seen gameplay ideas and features. Among the new introductions to the formula are Rampage Quests, a new type of quest that will put your combat skills to the test.

Here’s everything there is to know about the Rampage.

What Is The Rampage In Monster Hunter Rise?

The Rampage in Monster Hunter Rise is a new type of quest that involves protecting Kamura Village from assaulting hordes of monsters. This type of quest plays considerably different from the regular quest type found in the game, but just like them, it can be played both solo or with other players. The latter is preferred, as you will get access to additional weapons that will make your job considerably easier.

Protecting and Leveling Up The Stronghold

The Stronghold is the main area where the Rampage quest takes place. It is divided into several areas which feature a Gate that blocks monsters from entering. Each Gate comes with a durability, and once it is destroyed, monsters will start getting it. The quest is failed if the final Gate is destroyed.

As you need to protect the Stronghold’s final gate, you will need all the help you can get. Thankfully, some of this help will come automatically, as the Stronghold will level up as you play the quest, defeat monsters, and complete some side objectives. Completing them will also increase your final quest rank, allowing you to get even more rewards.

As you level up your Stronghold, you will get access to additional Hunting Installations like cannons, machine cannons, dragonators, and more that can destroy a horde in a few shots. These installations, however, can only be used temporarily, and they can even be destroyed, so make sure to use them only when absolutely necessary.

The Hordes that attack your Stronghold during Rampage quests consist of multiple monsters, including a Major Threat, which is the monster leading the horde. While more difficult to take down, defeating a Major Threat results in the horde getting defeated as well.

Monsters in Hordes are divided into different types: Stalkers focus on attacking hunters, and are extremely aggressive; Targeters use ranged attacks and often require Hunting Installations to kill; Gate Crashers go straight for the Gates, so they should always be your priority, as the quest will fail if the final Gate gets destroyed.

Hordes will also include some special types of monsters like Ruffians, which are stronger variants of regular monsters, and the fearsome Apex Monsters, which are the ultimate threat in the Rampage.