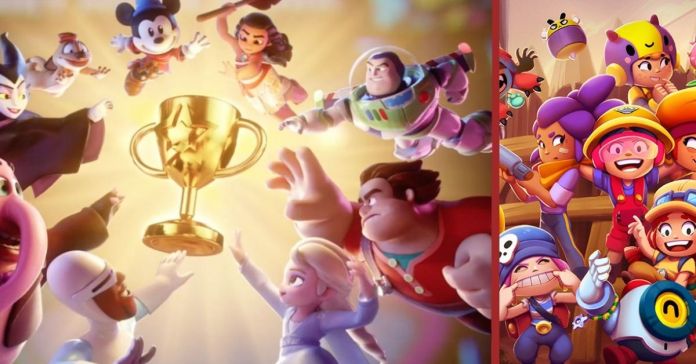 The Apple Arcade service is actively developing and filled with new projects. By subscribing, you can have access to exclusive games. Apple has announced a new game – The Disney Melee Mania. When will it be released?

Mighty Bear Games has created a new game in partnership with Pixar and Disney. You will fight other players in teams of 3. And you can also choose your fighters from 12 characters. Each will have its own special moves. For example, there will be characters such as Buzz Lightyear, Frozone, Ralph, Mickey Mouse, Moana, Elsa, and others.

Apple has not announced an exact date, only wrote on its website that The Disney Melee Mania will be exclusively released at Apple Arcade this December. And you can download it as soon as it comes out.

Dynamic battles will take place for 5 minutes in an innovative virtual arena. The essence of the battle is to defeat the enemy team as many times as possible or earn more points. You can also upgrade your characters and customize them with costumes and trails. There will also be several game modes. In addition, the game will have a variety of events with one-time rewards.

You will have to use different tactics and combine the special abilities of each character to defeat other teams. We look forward to the release to try on the role of your favorite Disney and Pixar characters, and we hope that this guide was useful for you.

What is The Disney Melee Mania Release Date?