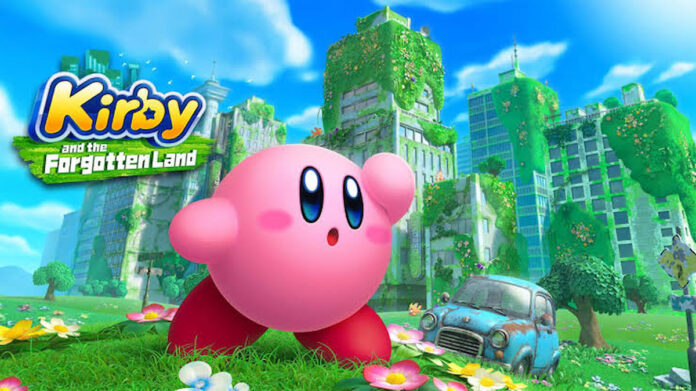 Players who have been playing Nintendo titles for years will be familiar with the Kirby franchise, which has brought to them the adorable pink blob to consoles for years. And on March 25, 2022, Kirby is set to embark on a whole new adventure in Kirby and the Forgotten Land.

In addition to a new storyline that will unfold with the game, there will also be new modes, and one of them is the Mouthful Mode. In this article, we’ll be telling you what exactly the Mouthful Mode is in Kirby and the Forgotten Land.

What is Mouthful Mode in Kirby and the Forgotten Land?

In the upcoming game, Kirby has a new way of interacting with objects. While he may seem like a cute and harmless creature, we know he has the ability to inhale enemies and other items in games. He can also absorb their powers and abilities and use them on himself for a limited time.

That’s one of the major aspects that makes Kirby games distinct and fun. There are lots of ways to take down foes. Mouthful Mode is a new gameplay mechanic that’s specific to Kirby and the Forgotten Land. Rather than inhaling an enemy, absorbing their powers and spitting them out as usual, Mouthful Mode lets you consume a much larger object than usual.

With this mode, Kirby’s mouth will completely engulf whatever object you’re targeting and give you total control over it, from cars, traffic cones, and even vending machines. After inhaling various of such items, you’ll be able to unlock new and interesting ways of solving puzzles as well as using new moves and attacks that you weren’t able to pull off before.

What is Mouthful Mode in Kirby and the Forgotten Land