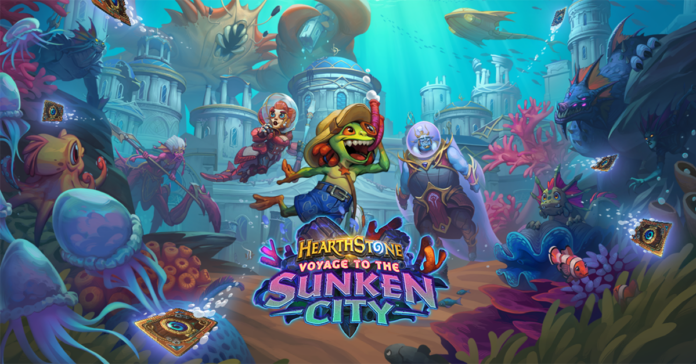 Voyage to the Sunken City introduces two keywords to Hearthstone: Colossal and Dredge. Both keywords are looking like they’ll introduce plenty of new possibilities for players looking to get inventive with deckbuilding.

The Colossal keyword specifies minions that are literally too large to fit on a single card! When played from your hand, they summon one or more additional tokens that represent parts of the minion that were too large to fit on the first card. The extra tokens all have their own effects that synergize with the original card and may require unique strategies to effectively play around.

Dredge, the other new keyword, lets you look at the bottom three cards of your deck and choose one of them to move to the top. Beyond simply giving you more control over what cards you’re drawing, it will have powerful interactions with cards that actively place strong cards at the bottom of your deck.

Beyond completely new cards with a slew of new mechanics, Voyage to the Sunken City is also adding a new game board, the Azshara card back, two new coin cards and a new reward track. While all of this is limited to purely aesthetic additions to the game, it never hurts to have a little more variety.

So What All is Being Added in Voyage to the Sunken City?