Home Game Guides What is High On Life ESRB? Answered 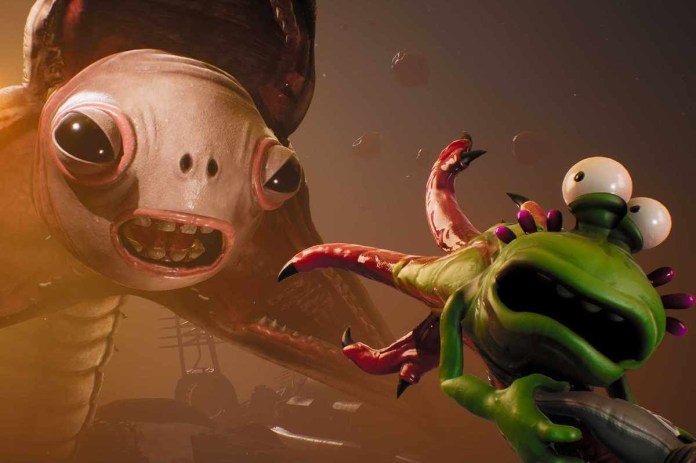 High On Life is a unique and thrilling experience that takes players into a once-in-a-lifetime adventure where they’ll play as a bounty hunter who must save the earth using their various skills and alien-like weapons against hordes of enemies across different stages.

And as one might expect from a game that’s developed by Rick and Morty co-creators, High on Life has silly, comedic, immature gameplay, adult jokes, swearing, absurd scenarios, and eccentric characters. And although the gameplay might make it seem like it’s for everyone, it’s actually not. So what is High on Life ESRB? Let’s answer that!

What is High On Life ESRB? Answered

The gameplay has a lot of colorful effects and explosions that for some, may seem like a game that is suitable for all ages. So if you’re a parent wondering if High on Life is suitable for your kid(s), then depending on their age, the game does feature some content that will be inappropriate for younger audiences.

Throughout the protagonist’s journey, players will stumble upon depictions of nudity, foul words, and even alien orifices. Due to this, the ESRB rating of High on Life is Mature and is recommended for players aged between 17 and above to play the game.

Anyone who has actually got their hands on the game will acknowledge this as there’s been a couple of times when players had to deal with mature themes, including the very 10 minutes of the game where the protagonist is invited to snort cocaine but declined.

However, the entire game is based on the fact that the protagonist and many notable characters in the game are anti-drugs. Rest assured, there are lots of themes and language in the game that as aforesaid, are not suitable for younger audiences.

There’s lots of cursing (especially from the player’s talking weapon), and some nasty alien stuff you don’t see every day in video games. So there you have it, High on Life has an ESRB rating of Mature and is not advised for players below the age of 17.

What is High On Life ESRB? Answered